To Study or Not to Study English: India Debates 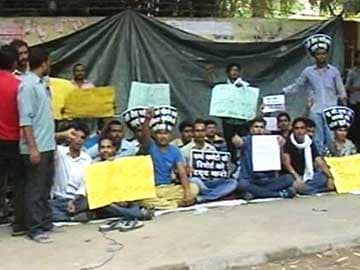 New Delhi: Nearly two centuries after Lord Macaulay championed the introduction of English as a medium of education in India in 1835, a debate is still raging on the suitability of what many describe as a "foreign language" in a polyglot nation that has 22 official languages and over 350 dialects.

The debate was rekindled in the last few days as civil services aspirants thronged the streets here in large numbers demanding that the Civil Services Aptitude Test - which they said was a glaring disadvantage to students from non-English backgrounds - be scrapped.

Though the government announced on August 4 that the marks in the English language comprehension skills of the UPSC aptitude test will not be included in the merit list, the protestors remained far from satisfied, impelling many to ponder that resentment against the English language is probably more intense than we imagined.

Pavan Verma, former diplomat and author, said English is not a language of social inclusion.

"English is a foreign language and I believe it can never be a language for social inclusion. It has created a literary upper tier where people with a certain fluency and accent are more privileged," Mr Verma told IANS.

Macaulay had, in justifying the introduction of English education, said its purpose was to create a "generation of Indians" who were "Indians in blood and colour but English in tastes, mannerisms, opinions and intellect".

"Nobody is denying the importance of the English language, but we cannot allow it to become a barrier to those whose knowledge of English is limited or who have not studied in English medium schools," Mr Verma added

"I think the ongoing protest has its merits. It is not just about the UPSC. The way people are selected in various competitive examinations clearly demonstrates a colonial hangover," Mr Thakurta told IANS, alluding to the undue prominence given to the English language.

He also said that this prominence is reflective of class divisions.

"The ability to read or write English invariably has a class connotation. It is reflective of people who are wealthy. For example, any leading English daily fetches more advertisements than a leading Hindi daily which may have a greater circulation. This is because even the advertisers recognise the English readers as wealthier people," TMr hakurta maintained.

Aam Aadmi Party's chief spokesperson Yogendra Yadav too believes English is over-emphasised. He said the protests were in fact against the "entire system that is rigged against Indian languages."

"The entire system of higher education that controls white collar jobs is loaded against bhasa (regional languages) medium students. More often than not they need to switch overnight to the English medium to enter the best institutions in the country.

Even if the institution formally permits one or more Indian language as a medium of examination, there are multiple informal barriers at each step: syllabi, prescribed books, classroom teaching, question papers, and examiners are all biased in favour of English," Mr Yadav wrote in a column published in The Indian Express on August 4.

Amreesh Pandey, spokesman of NSUI, the student wing of the Congress, said the predominance of English has led to discrimination against people whose medium of education was Hindi.

"Personally, I feel there is a mentality in our society that if somebody is studying in a Hindi medium institute, he is seen as an inferior. This mentality is the problem," Mr Pandey told IANS.

He further said that the focus should shift from one's medium of education to what skills one has learned irrespective of the medium.

Meanwhile Parliamentary Affairs Minister M. Venkaiah Naidu on Thursday asked agitators to wait till the UPSC exam was over on August 24, and then he would address the issue taking every party into consultation.

Experts from the south, on the other hand, have a very different perspective on the debate over the supposed domination of English.

M.S.S. Pandian, author and political commentator based in Chennai, said the very friction between English and Hindi languages is an artificial construct and politicians from the Hindi heartland are to blame for this.

"The very phenomenon of an English versus Hindi reistance is created by Hindi heartland politicians who destroyed the possibility for Hindi heartland students to be conversant in English by not providing an equibalance between the two languages," Mr Pandian told IANS.

He also objected to English being seen as a "colonial hangover".

"English is to begin with our language. When the constituent assembly debated the question of language, the Anglo-Indians said we belong to this country and our language is English. Similarly, English is the official language in Nagaland.

If you want Nagaland and Anglo-Indians to be a part of India, you have to recognise English as part of India. Where is the question of colonial hangover here," he asked.

Mr Thakurta summed up: "We need English as it can continue to be the linking factor in a country with many languages, but using proficiency in this language as a measure to ascertain a person's capability to be a good administrator is not reasonable."
Comments
IndiaEnglishregional languages