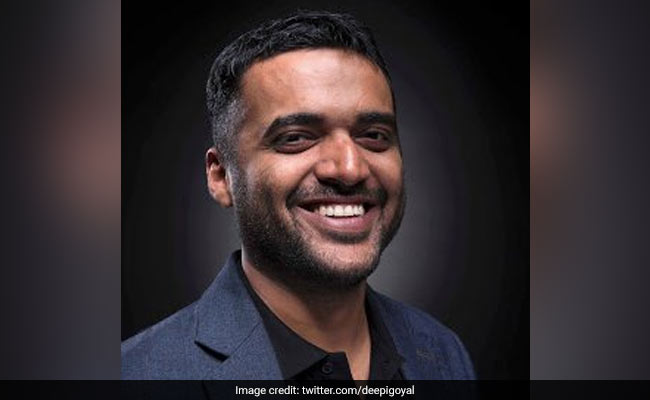 "Uber Eats India is now Zomato," tweeted Deepinder Goyal this morning after Uber announced that it would sell its food delivery business in India to Zomato in an all-stock deal. "Here's to better food for more people, and new beginnings," Mr Goyal, the founder and CEO of Zomato, added before sharing a link to his full statement.

Food delivery platform Zomato said today that it has agreed to buy Uber Technologies Inc's Indian food delivery business. A report suggests that the deal value is estimated at around $350 million or approximately Rs 2,492 crore.

Calling it a "key moment" in Zomato's journey, Mr Goyal wrote: "We have acquired Uber Eats India and with this development, we are the undisputed market leaders in the food delivery category in India."

Uber Eats India struggled to take off after its launch in 2017, amid stiff competition from Zomato and Swiggy in the online food-ordering market. Uber Eats India users will no longer be able to use the platform to order food and would instead be directed to Zomato.

Deepinder Goyal also assured Uber Eats India customers that their experience would not be compromised after the deal.

"I want to assure Uber Eats India users that their user experience won't be compromised in any way - if at all, the scale gives us higher density to make our deliveries faster," he wrote.

Zomato also celebrated the deal, calling it a "big day" in a tweet thanking "everyone who has contributed to making Uber Eats India what it is today".

It's a big day for us and an even bigger one for Uber Eats India – all of us at Zomato want to thank everyone who has contributed to making Uber Eats India what it is today and especially you, the foodies. We look forward to this new beginning and exciting times, together 🙌 https://t.co/6wQqKTER2L

On January 10, Zomato had announced that it secured $150 million in fresh funding from Ant Financial, a subsidiary of China-based giant Alibaba.