3, Including Two Children, Dead In Fire At School In Faridabad Near Delhi

Fire In Faridabad Today: The incident instantly drew parallels with the one in Gujarat's Surat where a massive at a coaching centre late last month killed 22 people, most students. 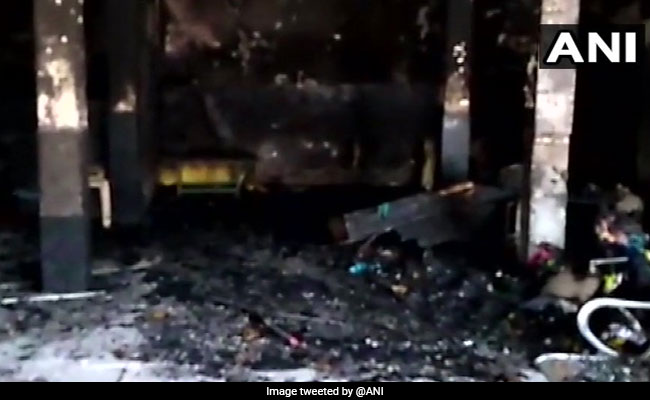 Fire In Faridabad: 2 children and a woman have died in the fire in a private school in Faridabad

Three people including two children were killed after a fire broke out at a private school in Faridabad near Delhi on Saturday, bringing back memories of the devastating blaze at a coaching centre in Gujarat's Surat where 22 people, mostly students, died last month.

The fire started in a clothes warehouse under the school early this morning in Faridabad's Dubua Colony. The cause is not yet known. Like Surat, the firefighters were late in reaching the spot, locals alleged. The narrow lanes made the fire brigade's job difficult.

The three people killed include a woman who taught at the school and two of her children. The school was closed for the summer vacation but the family were living inside. They were brought out with severe burns through the roof by neighbours but died at the hospital. Two people were also injured while trying to save them.

The incident instantly drew parallels with the one in Surat where a massive at a coaching centre late last month killed nearly two dozen people, most students. Many were killed or seriously injured trying to escape by jumping off from the fourth floor of the building.

A government inquiry found various lapses on part of officials of the local municipal corporation as well as the builders. The probe also found that the structure where the coaching class was operated was prone to fire incidents. It had low ceilings, and tyres were used for sitting in place of chairs.