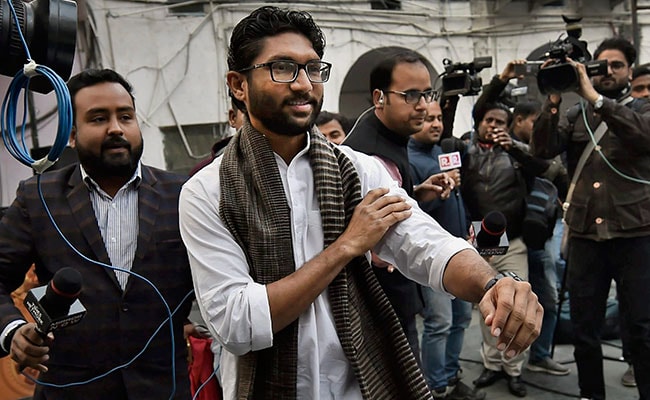 BJP's Vijay Rupani, in a shock move, resigned as Chief Minister of Gujarat, Prime Minister Narendra Modi's home state, with just a year to go for the state polls.

"To Further develop the state with new energy and power, I have decided to resign as Chief Minister," Mr Rupani told presspersons, adding he will continue to work for the party.

Independent MLA Jignesh Mevani took a dim view of the Chief Minister's tenure, blaming him for the alleged Covid mess.

"People of Gujarat would have appreciated had Mr. Rupani resigned for his monumental mismanagement of Covid crisis," Mr Mevani posted on Twitter.

In May, the state was accused of underreporting the Covid deaths. In July, a video from a well-known Gujarat government-run hospital showed ants crawling on the face of a paralysed Covid patient prompting an enquiry. The same month, the Vijay Rupani-led government was pulled up by the Supreme Court for bringing a notification to reverse the top court's order on fire safety norms in Covid hospitals.

People of Gujarat would have appreciated had Mr. Rupani resigned for his monumental mismanagement of Covid crisis.

Mr Rupani resigned after the party's central leadership expressed dissatisfaction with his performance, said sources. This, sources add, is "course correction" by a BJP eager to change things around if it feels unsure in its state leadership.

Karnataka, Uttarakhand are the latest examples where the BJP changed its chief Ministers.

Mr Rupani, 65, was sworn in for a second term in December 2017 in front of Prime Minister Modi, Home Minister Amit Shah and over a dozen other BJP chief ministers. The assembly polls were to take place in the western state late next year.