Read inOther Languages
This Article is From Nov 17, 2018

This Is How Statue Of Unity Looks From Space. See First Image

The image of Statue of Unity from space has been shared by the American Constellation of Satellites owned by Sky Lab. 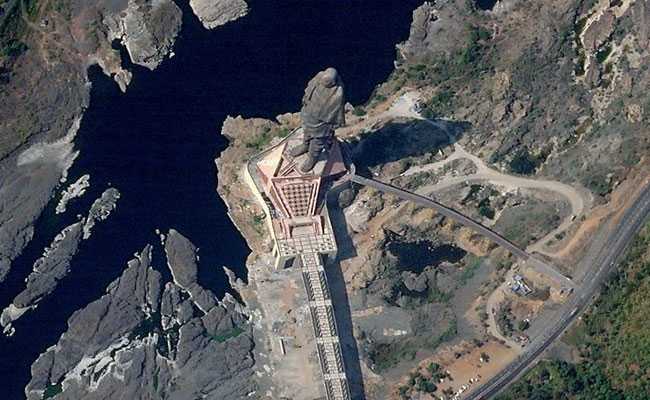 The image shows the Statue of Unity from top angle with River Narmada flowing near it. (Photo: Sky Lab)

An American company has taken the lead to capture a stunning image of the world's largest statue from space. The 597-feet Statue of Unity of India's "Iron Man" Sardar Vallabh Bhai Patel has been shared by the American Constellation of Satellites owned by Sky Lab.

The image shows the statue from top angle with River Narmada flowing near it.

Incidentally, in 2017, when Indian Space Research Organisation made a world record of launching 104 satellites together, there were 88 earth imaging Dove Satellites from the same American company inboard the PSLV.

Sardar Vallabh Bhai Patel's statue was unveiled by Prime Minister Narendra Modi at Kevadiya in Gujarat on October 31. The statue is 177 feet higher than China's Spring Temple Buddha, which was the tallest statue till now. It is twice as tall as the Statue of Liberty in New York and was built at an estimated cost of Rs. 2,989 crore.