The Amit Shah Photo That Grabbed Attention After Article 370 Announcement

Article 370 Kashmir: Shortly after the photo was taken, Amit Shah announced in parliament that a presidential decree would remove special status under Article 370 "at once". 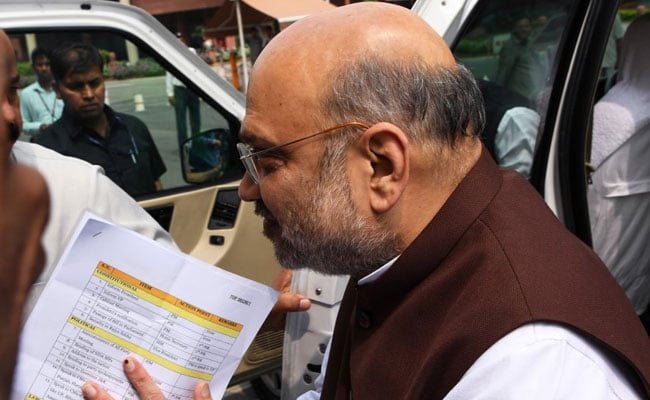 Article 370: Documents with Amit Shah before he went to parliament

After Home Minister Amit Shah announced in parliament the massive move to end special status to Jammu and Kashmir under Article 370 of the Constitution, a photo that gained huge attention was that of documents between the minister's folded hands as he walked into parliament this morning.

The photo put out by news agency AFP appeared to reveal the government's detailed plan for the Jammu and Kashmir announcement. It included preps under sections like - Constitutional, Political and Law and Order. 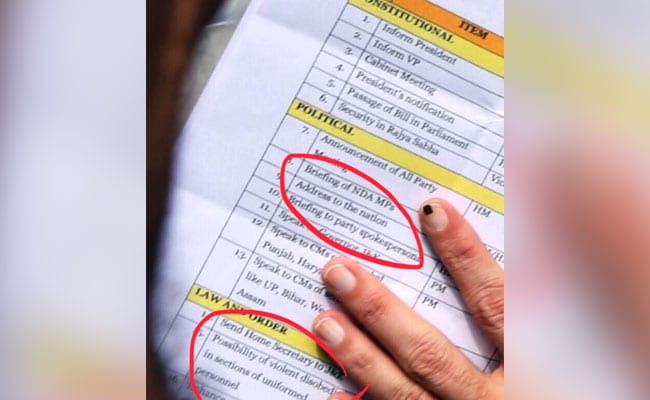 The document in Amit Shah's hand.

Shortly after the photo was taken, Amit Shah announced in parliament that a presidential decree would remove special status under Article 370 "at once" and also that Jammu and Kashmir would cease to be a state and would be reorganised into two Union territories - Jammu and Kashmir with an assembly and Ladakh without an assembly. The bill for the bifurcation was passed by the Rajya Sabha on Monday and will be presented in the Lok Sabha today.

The announcement, which will have a far-reaching impact, came after a night of lockdown that included the house arrest of former chief ministers Mehbooba Mufti and Omar Abdullah.

The centre's preps had started before that, with thousands of troops airdropped in Kashmir over the past few days.

The Home Minister was photographed shortly after a cabinet meeting at Prime Minister Narendra Modi's house, which followed his one-on-one meeting for an hour with the PM.