The terrorists, including Fardeen Ahmed, were reportedly trained by four feet tall Noor Mohammad Tantray or Chhota Noora, a top Jaish terrorist, who was killed by security forces in an operation last week 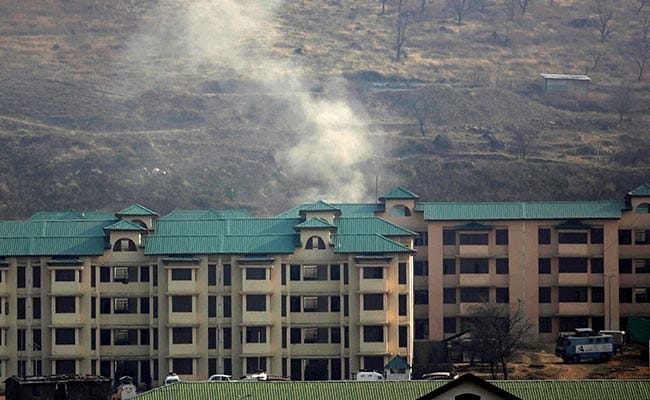 The police had prior intelligence warning about the attack which was shared with the CRPF.

Pulwama, Jammu and Kashmir: A 16-year-old Jaish-e-Mohammed (JeM) suicide bomber who was killed on Sunday inside the four-storey Central Reserve Police Force (CRPF) building in Jammu and Kashmir's Pulwama had threatened terror attacks across India in an undated video. He was among the three slain terrorists who had attacked the camp at Lethpora and killed five CRPF personnel.

In the eight-minute video message, Fardeen Ahmed, son of a serving Jammu and Kashmir policeman, talks about the "roaring" resurgence of his terror group headed by Pakistani terrorist Masood Azhar and urges youngsters to join the Jaish-e-Mohammed. He is surrounded by three AK assault rifles, a huge cache of ammunition, grenades and communication devices.

"God willing, when this message reaches you, I will already be a guest of my Lord in his heaven," he said in the video.

According to police, Fardeen Ahmed was a resident of Tral in south Kashmir, the slain terrorist Burhan Wani's hometown. He had joined the group only three months ago.

About 24 grenades were recovered from his body, said Munir Ahmed Khan, Inspector General of Police, Kashmir. "It shows that the terrorists had come for a long haul and they had wanted to prolong it for at least four days," he added.

The terrorists were reportedly trained by four feet tall Noor Mohammad Tantray or Chhota Noora, a top Jaish terrorist, who was killed by security forces in an operation last week. His death had dealt a huge blow to the group which had lost Talhr Rasheed, nephew of Jaish chief Masood Azhar, in an encounter in November.

The terrorists had struck around 2 am. They threw grenades and opened fire before breaching the perimeter of the training centre of the 185 Battalion of the CRPF. The police had prior intelligence warning about this attack which was shared with the CRPF.

"It was because of their alertness that more casualties were prevented," Mr Khan said.
Comments
CRPF attackJaish-e- Mohammedsuicide bomber