Temperature Lowers In Himachal Pradesh With Chances Of Snowfall

Most of the prominent tourist towns like Narkanda, Kufri and Manali may witness snowfall, according to a statement by the Met office. 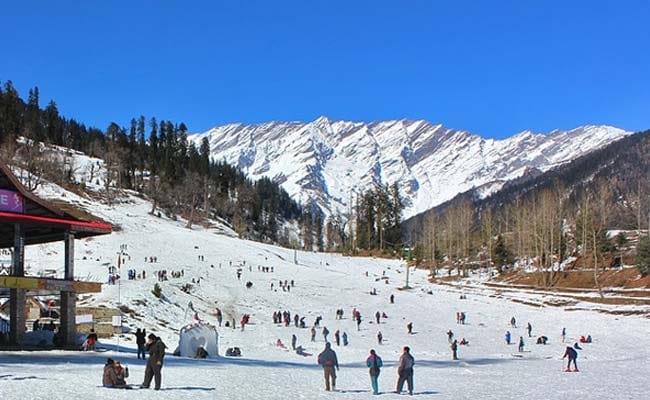 Manali, some 250 km away from Shimla, has already seen snowfall in this season. (FILE PHOTO)

Himachal Pradesh saw a drop in temperature today even as the Met Office has forecast rain and snowfall in the state.

"There are chances of rain and snowfall in the state in the next 24 hours," the Met Office said in a statement.

It said a Western disturbance, a storm system originating from the Caspian Sea and moving across the Afghanistan-Pakistan region, would be active in the region from today.

Most of the prominent tourist towns like Narkanda, Kufri and Manali may witness snowfall, according to the statement.

Manali, some 250 km away from Shimla, has seen snowfall in this season.

Keylong in Lahaul-Spiti district was the coldest in Himachal Pradesh with a low of minus 4.7 degrees Celsius.

Shimla recorded the minimum temperature at 3.9 degrees Celsius, while it was minus 2 in Kalpa in Kinnaur district, minus 0.6 in Manali, 6.8 in Dharamsala and 2.7 in Dalhousie.