An India Meteorological Department (IMD) official said moderate rain and snow is likely to occur in Jammu and Kashmir from Friday evening. 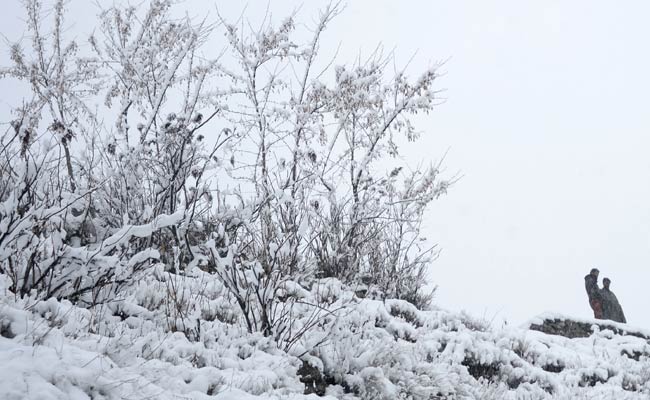 Temperatures have remained below zero in the region as snow blanketed parts of the Kashmir Valley.

Minimum temperatures dropped further in the Kashmir Valley and the Ladakh region on Friday as the weather office forecast widespread rain and snow during the next 48 hours.

An India Meteorological Department (IMD) official said moderate rain and snow is likely to occur in Jammu and Kashmir from Friday evening.

"Inclement weather during the next 48 hours can affect surface connectivity between the Valley and outside," the official said.

The minimum temperature was minus 3.2 degree Celsius in Srinagar while it was minus 6.8 and minus 10 in Pahalgam and Gulmarg respectively.

Kargil town recorded minus 18.6 degree, the lowest in this season so far. Leh recorded a minimum temperature of minus 14.5 degree.

Jammu city had 4.5 degree Celsius, Katra 5.8, Batote 1.1, Bannihal 2.7 and Bhaderwah minus 2 as the night's lowest temperatures.