Many questioned how a leader of a poor state like Bihar could celebrate in such a fashion. 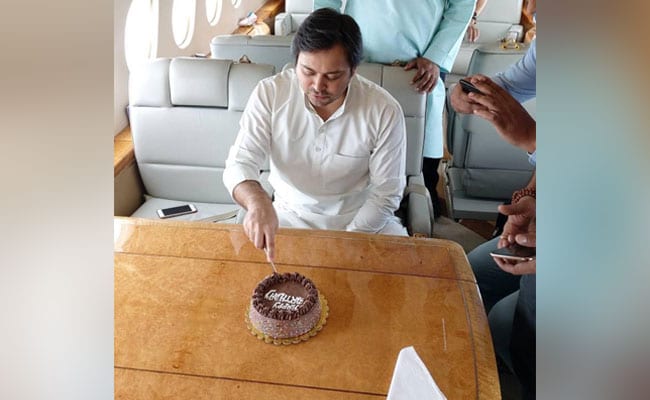 Tejashwi Yadav, trolled after his birthday bash on a chartered plane, today hit back at what he said were casteist comments. Mr Yadav recently turned 30 and photos of him cutting a cake on board of what looked like a special flight on Saturday, had gone viral on Twitter.

Many questioned how a leader of a poor state like Bihar could celebrate in such a fashion.

Mr Yadav today attacked his detractors over the allegations.

"A man who owns buffaloes, sells milk... how can he board a plane? This is another allegation being leveled against me," read his Facebook post.

"When I see some people worried, I get worried too. Alas! Yet their own gurus are not happy with them. I savour chaat by the roadside and kebabs too... but other people get a stomach ache. Now who can treat this sort of pain?" the post read.

Leaders of Tejashwi Yadav's Rashtriya Janata Dal privately speculate that he is yet to recover from the party's devastating defeat in the Lok Sabha elections that were held in April-May.

The RJD failed to win a single one of the state's 40 seats.

Over the last months, Tejashwi Yadav has skipped Assembly sessions, leaving his party red faced. He was also not around when the devastating floods in Patna or the encephalitis outbreak in parts of the state took place, pushing many to allege that he was neglecting his role as the Leader of the Opposition.

On Friday, he had skipped a press conference of the JMM (Jharkhand Mukti Morcha)-Congress alliance ahead of the assembly elections in neighbouring Jharkhand. On the occasion, he had cited an appointment with his jailed father Lalu Yadav at Ranchi Medical College hospital.