The victim's wife said her husband was under severe stress over losing his job. "He often feared about losing his job and even talked about ending his life with me and three children." 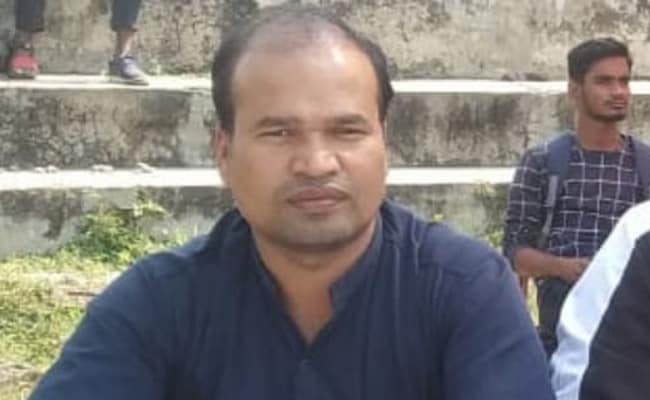 Sanjay Kumar, in his suicide note, said he blamed no one for his drastic step

A guest faculty sports officer at a government college in Madhya Pradesh's Umaria district committed suicide at his rented house on Monday as protests in the state over unpaid wages of guest teachers at colleges entered its 65th day today. Sanjay Kumar's family says he was under constant fear of losing his job.

Sanjay Kumar was found hanging in his house; he is believed to have committed suicide when no one was present at home. A suicide note, purportedly written by the victim, was recovered later by police. In the letter, he blamed no one for his drastic step and said his brother should take over his job and his provident fund money should be given to wife.

The victim's wife Lalsa said her husband was under severe stress over losing his job. "He often feared about losing his job and even talked about ending his life with me and three children."

Saying he had not received his honorarium for eight months, the victim's wife said they were forced to borrow money to make ends meet. Under pressure of how she will now pay rent and support the education of their children, Ms Lalsa said, "If the minister and government don't come to us, we'll have to go to the minister and may be commit suicide with my children."

Ms Lalsa is also hospitalised due to a sudden spurt in blood pressure. 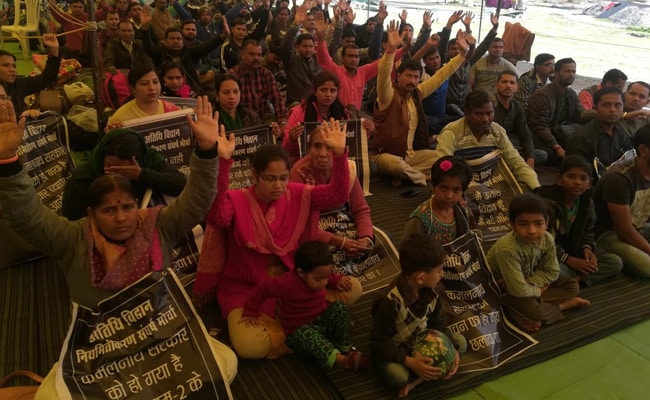 Congress spokesperson Narendra Saluja said, "It's unfortunate that the BJP is playing politics over the tragedy by linking it to the ongoing protest by the guest faculties in Bhopal, despite the suicide note containing nothing about it."

The ongoing protest by the guest faculties from across Madhya Pradesh entered the 65th day at the Shahjahani Park in Bhopal. The protesters, including women, are demanding their regularization and payment of honorarium outstanding for at least six months.

Importantly, regularizing the around 5,000 guest teachers was one of the promises of the Congress manifesto for the 2018 assembly elections.