PM Narendra Modi will address the first-ever High-level Meeting on Universal Health Coverage, which will launch new efforts to provide access for all to affordable, inclusive and resilient health systems. 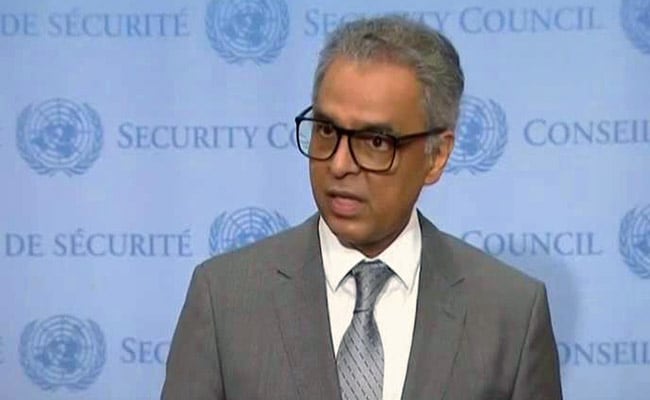 India, a leader in the International Solar Alliance, is looking at bringing together developed and developing nations for another coalition to focus on disaster resilient infrastructure to help nations build better after natural calamities, the country's top envoy to the UN has said.

Over 63 countries have been invited to speak at the Summit, which will demonstrate solutions by governments, the private sector and civil society to reduce emissions and build climate resilience and adaptation.

Immediately after this session, PM Modi will address the first-ever High-level Meeting on Universal Health Coverage, which will launch new efforts to provide access for all to affordable, inclusive and resilient health systems.

On PM Modi's agenda for the Climate Action Summit, India's Permanent Representative to the UN Ambassador Syed Akbaruddin said in response to a question by PTI that India is increasingly talking about addressing issues of e-mobility. "Again, this will be a big issue because it has factors relating to use of fossil fuels."

India is also very active in the area of carbon sequestration in terms of green foliage.

Mr Akbaruddin referred to the launch of the International Solar Alliance that brought together a number of developing countries as well as developed nations.

"So we're looking at another coalition of this, which cuts across borders, which will look at infrastructure. So the Coalition for Disaster Resilient Infrastructure is a coalition that is in the making, which will bring about some of the G-20 countries, some of the developing countries who are not in the G-20, but who perhaps are exposed to the travails and the vagaries of nature, and their infrastructure gets destroyed very quickly, when there are these huge catastrophic climatic events."

"So our effort is to see if we can bring together this coalition, because climate action also requires us to build better, and to build best at the beginning so that we don't have to build better when there is a crisis. So this is another element of a broad-based coalition that we are working on, and which will be announced by the Prime Minister, as he talks about India's engagement on climate change at this summit."

India's Minister of Environment, Forest & Climate Change Prakash Javadekar will attend meetings and events on September 21 and 22 that will be organised as a precursor to the UN Climate Action Summit.

"Climate change is an issue which has now become front and center. India is a key player in this engagement globally and it's a demonstration of our interest and our role in matters relating to climate change" that Mr Javadekar will address climate-related events.

Mr Akbaruddin said each of these themes are of importance to India not only as a foreign policy issue, but as an issue that "we can learn as well as explain in terms of our domestic priorities. All of these have a resonance way beyond what resonance would be for other things for an ordinary Indian, for people who want a better life for themselves."

He said Prime Minister Modi is arriving at the UN after a massive election victory and these issues are the major things that he would like to bring to the table.