Locals have claimed that the statue was vandalised after the removal of Jammu and Kashmir's special status under Article 370. 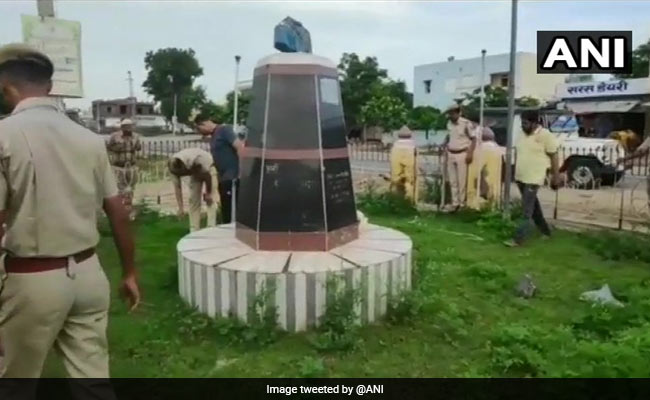 A case was registered against unidentified miscreants for vandalising the statue of Bharatiya Jana Sangh founder Syama Prasad Mookerjee Bhilwara's Shahpur on Monday.

"The effigy of Mookerjee was vandalised by unidentified persons late night on Sunday. Teams have been formed to investigate the matter," Shahpura police station in-charge, Bhajan Lal told ANI.

Police and the District collector also conducted a surveillance of the area.

Locals have claimed that the statue was vandalised after the removal of Jammu and Kashmir's special status under Article 370.

"(Syama Prasad) Mookerjee was the first person to protest against the special status of Jammu and Kashmir. This could be the reason why it was demolished," said a local.