"Where Are The Women," Asks Twitter As 'Manel' Launches Re 1 Sanitary Pad

Many people pointed out the absence of women on stage at the VIP event in Delhi to launch the government's launch of "Suvidha" sanitary pads at Re 1. 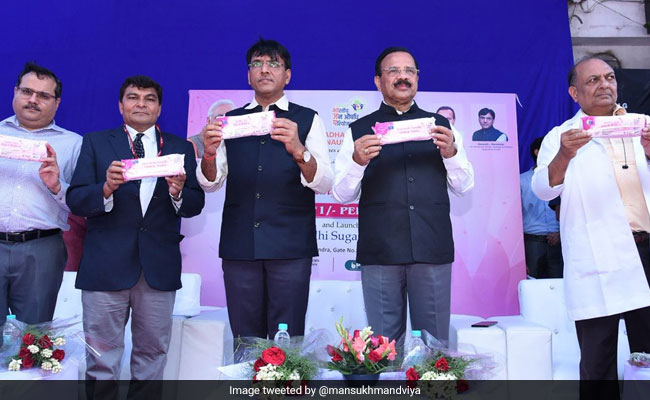 The "Suvidha" pads at Re 1 were launched by ministers DV Sadananda Gowda, Mansukh Mandaviya and others.

When the government announced on Tuesday that the price of sanitary napkins sold at its Jan Aushadhi pharmacies has been slashed to Re. 1, it was a 'manel' that relaunched the flagship product. Many people pointed out the absence of women on stage at the VIP event in Delhi.

"#WomenEmpowerment isn't about just featuring successful women, it is about focusing on health, hygiene & comfort of women across the country," Union Minister Mansukh Mandaviya tweeted, sharing a picture from the event of five men, including him and Union Minister for Chemicals and Fertilizers DV Sadananda Gowda, holding up the pads in pink packets.

Mr Gowda tweeted photos of women being given packets of the sanitary napkins. 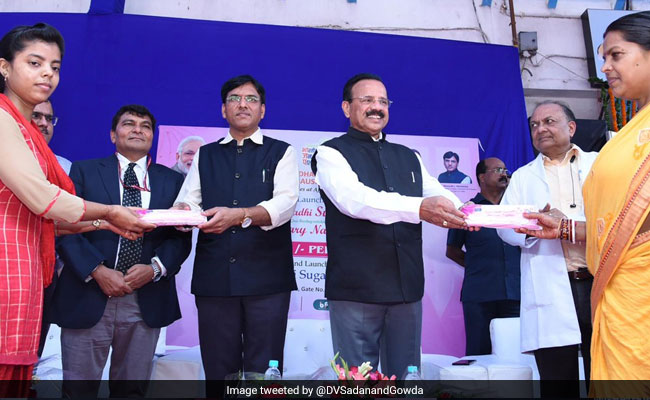 The biodegradable sanitary napkins called ''Suvidha'' are available in a pack of four.

Delhi IAS officer Varsha Joshi tweeted, "Never mind the wisecracks about no women on the dias- its a super step forward."

"Where are the women," another Twitter user wrote. A user said men holding sanitary napkins is a "greater taboo breaker".

Never mind the wisecracks about no women on the dias- its a super step forward https://t.co/jvIEh4bV9J

Where are the women

What do u mean where r women?

Ultimately it's going to be useful for women only these men r not going to use it.

And men holding sanitary napkins is a greater taboo breaker .

The biodegradable sanitary napkins called ''Suvidha'' are available in a pack of four, priced at Rs. 4. Earlier, a pack of four pads cost Rs. 10.

Union Minister Smriti Irani retweeted the picture, thanking Mr Mandaviya and the Janaushadhi scheme for slashing the price. "It's one of your greatest contribution towards women's health," she tweeted.

According to the National Family Health Survey 2015-16, about 58 per cent of women between 15 to 24 years of age use locally prepared napkins, sanitary napkins and tampons, the Ministry of Chemicals and Fertilisers had earlier said.

The scheme for sanitary napkins was launched in March 2018 and they were made available in the Jan Aushadhi pharmacies from May 2018.