Joy Thomas, arrested earlier this month, is one of the key accused in the alleged Rs 4,355-crore scam at the city-based Punjab and Maharashtra Cooperative (PMC) Bank. 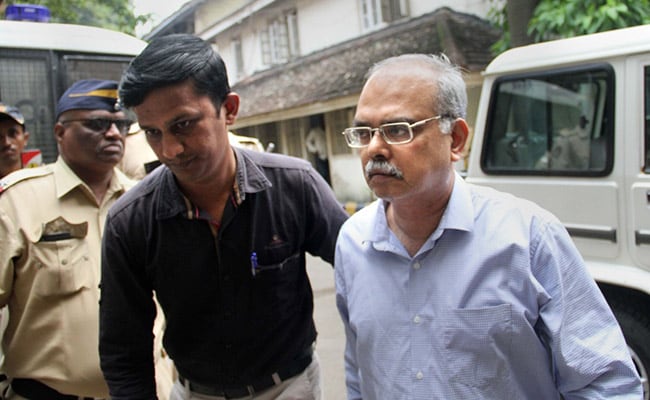 Joy Thomas being produced before a court on October 5

Joy Thomas, the former Managing Director of scam-hit PMC Bank, converted to Islam and became Junaid Khan to marry his personal assistant, with whom he allegedly jointly owns 10 properties in Pune, police officials said on Monday.

Mr Thomas, arrested earlier this month, is one of the key accused in the alleged Rs 4,355-crore scam at the city-based Punjab and Maharashtra Cooperative (PMC) Bank.

Real estate firm HDIL's promoters Rakesh Wadhawan and his son Sarang and the bank''s former chairman, Waryam Singh, are the other accused in the scam.

The Mumbai police's Economic Offences Wing (EOW), which is investigating the fraud case, has found that since 2012, Mr Thomas, 62, had purchased nine flats and a shop in Kondhwa and other areas of Pune.

These ten properties were purchased jointly by Mr Thomas and his second wife, who was his former assistant at the bank, the officials said.

All these properties were bought by the husband-wife duo since the beginning of 2012, they said.

This was also the time when the Wadhawans of Housing Development and Infrastructure Ltd (HDIL) began to default on loans taken from the bank, but kept borrowing additional amounts from the cooperative lender, they said.

The source of money used by Mr Thomas and his second wife to buy these properties is being ascertained, they said.

"We are yet to find out the share percentage of ownership in these ten properties," an official said.

Besides the ten properties in Pune, Mr Thomas also owns a flat in adjoining Thane and a commercial property which is under the control of his son from his first wife, he said.

When Mr Thomas' first wife came to know about his second marriage, she filed for divorce and the case is in the final stages, they said.

Joy Thomas, arrested on October 4, is in police custody till October 17.