Bihar Election 2020: Sushil Kumar Modi's famous organisational skills will be tested as the BJP tackles a rebellion in the NDA coalition and anti-incumbency against the Nitish Kumar-led government. 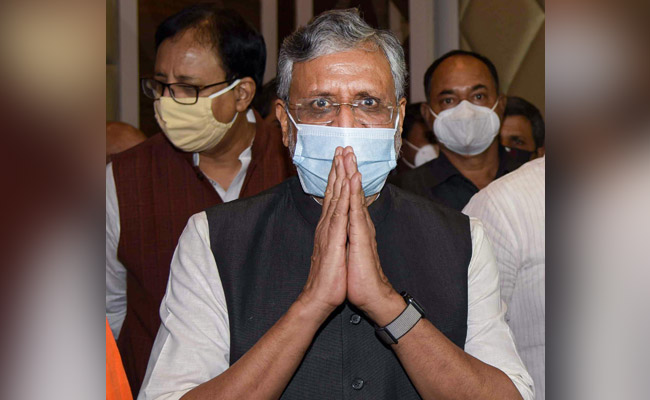 Sushil Kumar Modi, Bihar's Deputy Chief Minister, has been the quintessential organisation man with formidable clout as the BJP's tallest leader in the state. Those famed skills have now been put to arguably the biggest test this election season with an upheaval in the ruling NDA coalition and a strong anti-incumbency wave against the Nitish Kumar-led government.

As Chirag Paswan of the Lok Janshakti Party (LJP), a key coalition partner, went rogue just weeks before the polls, Sushil Kumar Modi declared, "No ifs and buts, Nitish Kumar will be the Chief Minister". It was reiterated in his multiple interviews as the BJP's message that it was firmly with Nitish Kumar, as Chirag Paswan declared war against him. That declaration, though, has failed to tamp down talk of BJP's reluctance to make a clean break from Chirag Paswan and throw him out of the alliance. Rejecting any talk of a backdoor deal with the young LJP leader, Sushil Modi had told NDTV, "In each and every public meeting, I am telling the people, don't waste your votes by voting for the LJP candidates. They are vote-cutters."

68-year-old Sushil Modi, who had taken a backseat as the nitty-gritty of alliances and seat-sharing was worked out earlier, reportedly favoured stern action against Chirag Paswan. The BJP, though, is said to have brushed that suggestion aside.

There have also been strong murmurs of an anti-Nitish Kumar sentiment within the BJP amid public anger over the coronavirus and the migrant labourers' crisis; Sushil Modi and his colleague Ravi Shankar Prasad have been the only big names deputed by the party for joint campaigning with Mr Kumar's Janata Dal (United). 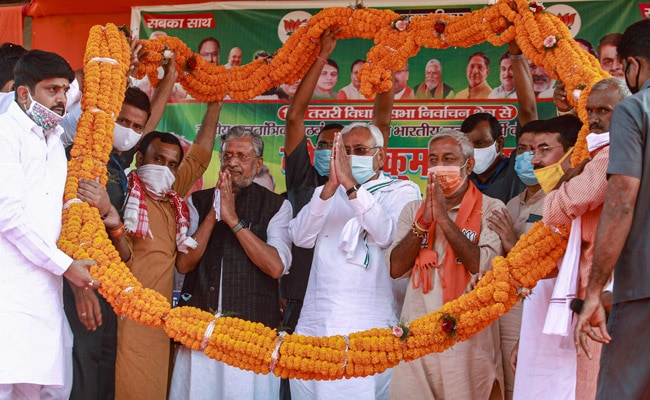 Sushil Kumar Modi said, "No ifs and buts, Nitish Kumar will be the Chief Minister" as Chirag Paswan said he will fight the JD(U)

Sushil Kumar Modi has often faced barbs from the opposition as "Nitish Kumar's man" for his public show of support for the Chief Minister. Their camaraderie, borne out of a long work association (Sushil Modi has been Nitish Kumar's Number 2 thrice), remained even when their parties were estranged. There have been several instances; when Nitish Kumar was under severe attack, including from senior BJP leaders like Giriraj Singh over the waterlogging in Patna last year that affected thousands and led to an outbreak of dengue, Sushil Modi had reportedly intervened to dial down those attacks.

Sushil Modi is widely considered the architect of the stunning collapse of the Nitish Kumar-RJD-Congress mahagathbandhan (Grand Alliance) government and the return of the JD(U) chief back into the NDA fold in 2017. Mr Modi had led an aggressive campaign daily, over months, accusing Lalu Yadav and his family of massive corruption that eventually saw Nitish Kumar dramatically dumping his partners and resigning. Mr Kumar was back as Chief Minister of an NDA government, just 14 hours later.

As Nitish Kumar resigned, BJP chief Amit Shah had phoned Sushil Modi and the Bihar leader was soon headed to the JD(U) chief's home, announcing, "Nityanand Rai ji and I called Nitish ji. BJP has decided to support him and the government formed under him." Sushil Modi had also declared the return of "Achhe din (good days)" of Bihar. 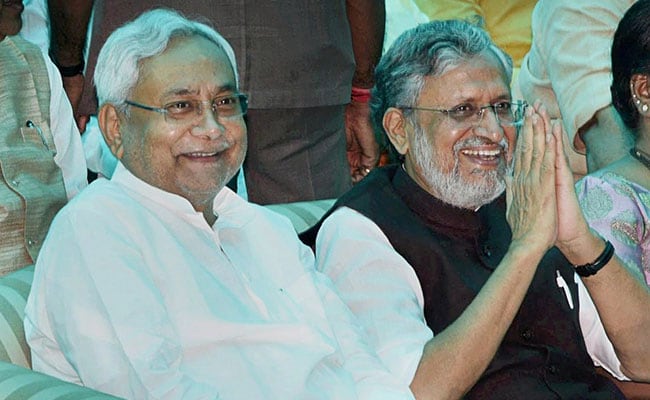 The veteran BJP leader took oath as Deputy Chief Minister again; Prime Minister Narendra Modi had reportedly recommended his name as the terms of engagement with Nitish Kumar were being worked out.

As number 2 and Nitish Kumar's finance minister till 2013, Sushil Modi was credited with some of the most important initiatives that the state government took. Nitish Kumar had praised Mr Modi for Bihar's increased revenue then.