Sushant Singh Rajput was found dead in his apartment in Mumbai's Bandra on June 14. 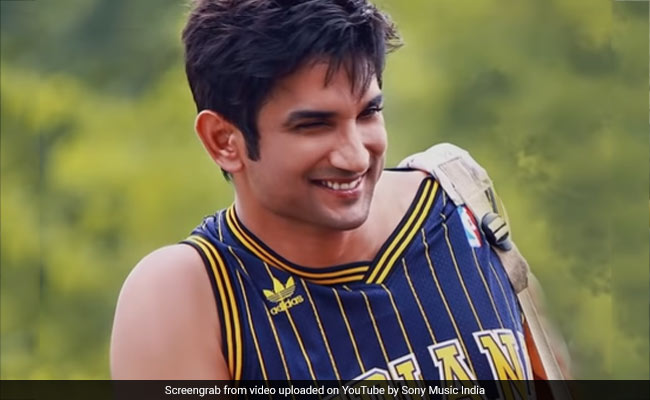 Sushant Singh Rajput's suicide is being investigated by the Mumbai Police.

The investigation into the death of actor Sushant Singh Rajput will not be transferred to the Central Bureau of Investigation (CBI), Maharashtra Home Minister Anil Deshmukh said on Wednesday. The 34-year-old actor had died by suicide at his Mumbai apartment last month, the police have said.

"As Home Minister, I want to say that Mumbai Police is investigating the Sushant Singh Rajput case. There is no question of transferring the case to the CBI," Mr Deshmukh said.

Controversy surrounding Sushant Singh Rajput's death sharply increased this week following a police complaint filed in Bihar against his girlfriend Rhea Chakraborty by his father, alleging that she drove him to suicide.

"On behalf of every Bihari, I urge you to conduct a fair inquiry into the matter so that no talented person is victimised in future due to groupism and nepotism in Bollywood," he said.

Earlier this month, Rhea Chakraborty too had called for a CBI probe into Sushant Singh Rajput's death, tagging Union Home Minister Amit Shah in a post on Instagram.

Ms Chakraborty who has disclosed that she has been receiving rape and murder threats on social media over the actor's death, said that she "only wanted to understand what prompted him to take the step".

In a lengthy post before that, the 28-year-old actor opened up about the bond she shared with him saying, "Still struggling to face my emotions... an irreparable numbness in my heart... You are the one who made me believe in love."

However, Sushant Singh Rajput's family, who live in Patna, have accused her of abetment to suicide, alleging that she cheated him financially and mentally harassed him.

The First Information Report (FIR) filed by them also names six others including her family members. A four-member team of Patna Police has already reached Mumbai to probe the case.

Ms Chakraborty, on Wednesday, requested the Supreme Court to transfer the case filed in Patna to Mumbai, adding that she was willing to cooperate with the Mumbai Police in the probe.

Widely acclaimed as a promising young actor, Sushant Singh Rajput was found dead in his apartment in Mumbai's Bandra on June 14.

The Maharashtra government has ordered an investigation into allegations of professional rivalry along with his reported clinical depression.