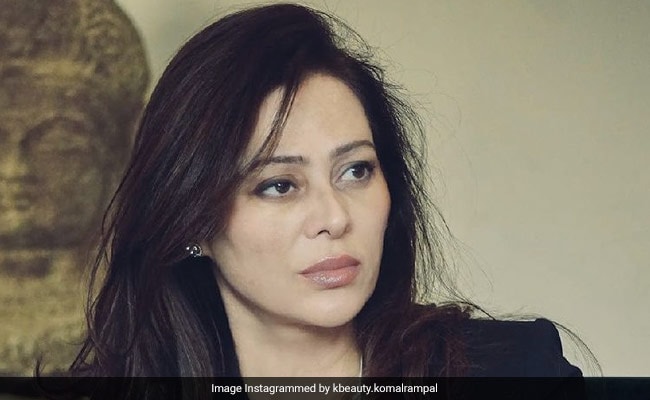 Actor Arjun Rampal's sister Komal Rampal has been summoned by the Narcotics Control Bureau (NCB) for questioning in a drugs-related case in which he has also been questioned.

The summons was issued within days of Komal Rampal expressing her inability to appear before the investigation agency citing ill health.

The NCB had said it would examine her response since she did not seek any further date to appear.

Ms Rampal was called by the NCB after her brother reportedly told the agency officials that one of the two banned medicines found in his Mumbai home during a raid in November was for his sister.

Arjun Rampal, who has been questioned twice for over six hours each time, has presented a prescription for the medicines banned under the Narcotic Drugs and Psychotropic Substances Act. The NCB is checking the prescription's authenticity.

The anti-drugs agency has also summoned Mumbai's famous betel nut seller Muchhad Paanwala, whose name appeared during the questioning of Karan Sajnani, a British national arrested on Saturday with two others for allegedly supplying imported strains of marijuana in the city, an official said.

Over 200 kg of ganja, including imported strains like 'OG Kush' (a strain of cannabis indica), and curated marijuana, some of which had been sourced from the United States, were recovered in the NCB action.

"A team of NCB's Mumbai unit led by zonal director Sameer Wankhede conducted a raid in Bandra (West) and seized ganja from a courier. It then conducted searches in Khar (West) and recovered a huge stash of imported strains of marijuana from Karan Sajnani," he said.

According to the NCB, Karan Sajnani packed the contraband in the form of pre-rolled cigarettes and marketed it to high-end clients in Mumbai and other states, including Bollywood celebrities. The activity was allegedly financed by Rahila Furniturewala, who was also arrested.

The raids are part of a larger probe into allegations of a film industry-drug cartel nexus that emerged in the investigations into the death of actor Sushant Singh Rajput in June last year.