271 Couples Get Married At Mass Wedding In Gujarat

The couples exchanged garlands and performed marriage rituals. The 271 couples also include those from the Muslim community who got married in a nikkah ceremony. 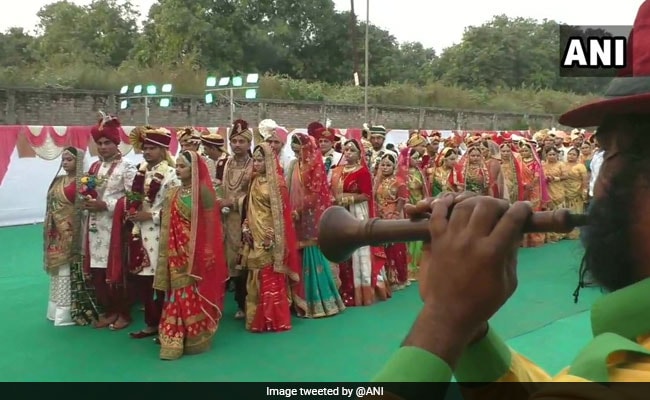 As many as 271 couples got married at mass wedding ceremony in Gujarat's Surat.

As many as 271 couples from different communities got married at a mass wedding ceremony in Gujarat's Surat on Saturday.

The ceremony which is being organised since last nine consecutive years was also attended by state ministers Bhupendrasinh Chudasama and Ganpatsinh Vasava.

The couples exchanged garlands and performed marriage rituals. The 271 couples also include those from the Muslim community who got married in a nikkah ceremony.

"I don't have any brother or sister. I feel grateful for this ceremony. The organisers have done a great arrangement. I want to thank my father for supporting me," a newly-wed woman told news agency ANI. 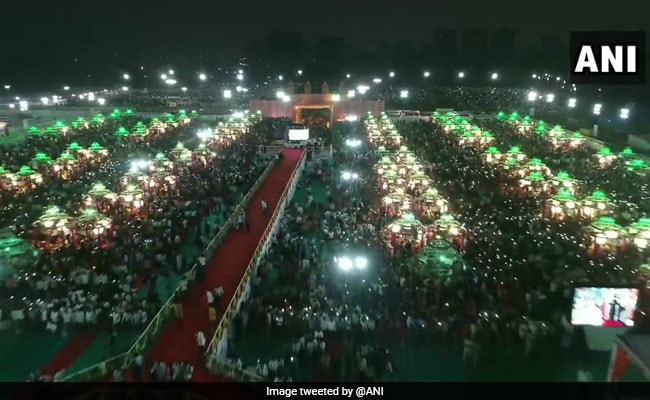 Referring to the couples as his daughters and sons-in-law, one of the organisers Mahesh Savani, said, "We have been carrying out this ceremony for many years in collaboration with different groups. This year, we are giving helmets to the families of the grooms to persuade the people to follow safety rules."

"In this ceremony, people come from different communities but there is no discrimination on any basis. People from across India come here for their wedding," he added.