The 16th presidential election is scheduled for July 18 and the counting of votes will take place three days after the polling. 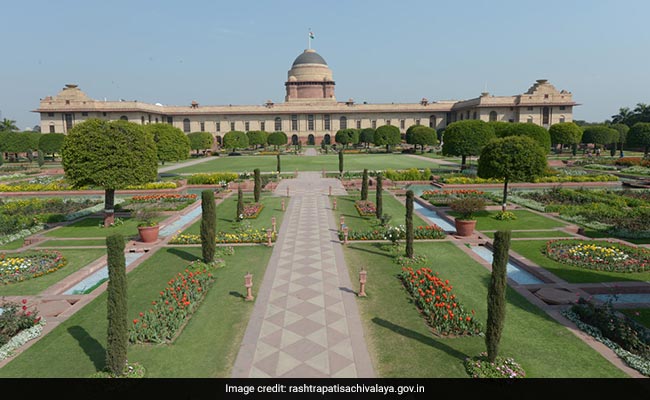 The court said filing of such cases at the time of polls is not a "healthy practice".

The Supreme Court on Wednesday refused to entertain two separate pleas challenging the validity of a legal scheme envisaging that a candidate for the election of the President must be subscribed by at least 50 MPs or MLAs as proposers and 50 as seconders, saying filing of such cases at the time of polls is not a "healthy practice".

The petitioners alleged that the provisions, especially section Section 5 B (1) (a) of the Presidential and Vice-Presidential Elections Act, 1952, bar a person from contesting the presidential polls if the candidature is not signed by 50 lawmakers as proposers and 50 as seconders.

While dealing with the petition of Mr Nowhattia, who has been unsuccessfully attempting to contest Presidential polls since 2007, the bench termed him as a "seasonal activist" who wakes up after every five years to contest the election for the top post.

The bench asked the counsel of Mr Nowhattia to withdraw the petition, saying it may take up the legal aspect "at an appropriate time when there is no issue pending" and was not scared of deciding it today itself if the petitioner does not want to withdraw.

"We will not keep it pending. If you want then we will decide today. We are not scared. We are not reluctant and we are not hesitant in deciding. We will decide it today," it said, leading to the withdrawal of the petition by Mr Nowhattia.

Mr Nowhattia has been unsuccessfully attempting to contest the Presidential polls since 2007.

"Your first representation was in 2007 and for the next five years, you were in some kind of hiding. Whenever the presidential election comes then you become active and that is why, I said that he is a seasonal activist," Justice Kant said.

Who prevented the petitioner to challenge the validity of the provisions for all these years when he himself started to be in the fray way back in 2007, the bench said, adding it would impose exemplary cost if such petitions are pressed to be heard.

"You do not file these kinds of petitions only at a particular point in time. This is not a healthy practice that once the election is announced you become an activist...," it said while refusing to entertain the petition.

In the second petition, Mr Reddy alleged that he had not been allowed to file the nomination papers for the Presidential polls by the returning officer at the Lok Sabha.

"The grievance of the petitioner (Mr Reddy) is that the Returning Officer (RO) (Secretary-General, Lok Sabha) ...has not permitted him to file nomination for the ensuing election of President of India. The petitioner has not been permitted to do so as admittedly his nomination form does not comply with the mandatory statutory condition contained in the 1952 Act.

"It is undeniable that the nomination papers sought to be submitted by the petitioner are not in conformity with Section 5 B (1) (a) of the 1952 Act. In view of the matter, the rejection of the nomination form of the petitioner does not suffer from any legal infirmity and no case of interference of this court is made out," it said in the order.

The 16th presidential election is scheduled for July 18 and the counting of votes will take place three days after the polling.

Draupadi Murmu and Yashwant Sinha are contesting for the top post as candidates of the ruling NDA and the opposition parties led by the UPA respectively.

The President is elected by an electoral college comprising elected members of the Lok Sabha, Rajya Sabha, and the legislative assemblies of states and UTs.