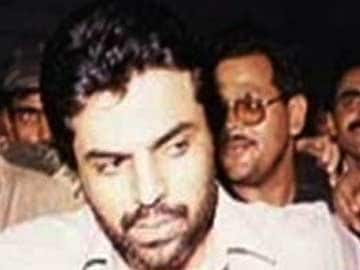 New Delhi: The Supreme Court has stayed the execution of Yakub Memon, a death-row convict in the 1993 Bombay serial blasts case.

The court has tagged Yakub's petition -- seeking a stay on his execution -- with pending cases and referred it to a constitution bench, which will decide whether the review petition should be heard in an open court.

In his petition to the Supreme Court, Yakub had stated that he had been in jail for more than 20 years, longer than the 14-year jail term awarded in cases of life imprisonment.

The Supreme Court also issued a notice to the centre on the petition by Yakub, in which he had challenged the court's rules guiding its review of a death sentence.

A bench of Justice JS Kehar and Justice C Nagappan, while issuing the notice, tagged Yakub's plea with an earlier petition challenging the Supreme Court's rules, by which the review in a death sentence can be decided by circulation amongst the judges.

The decision was taken by the President following recommendations of the Maharashtra government and the Home Ministry that the mercy petition of Yakub be rejected, a senior official had said.

Yakub, a chartered accountant and brother of fugitive terror mastermind Tiger Memon, was sentenced to death by a TADA court in 2007 after being found guilty of charges of criminal conspiracy and for arranging finances and managing its disbursement through the co-accused in the Mumbai serial blasts case.

Upholding the Mumbai TADA court's verdict, the Supreme Court, in March, 2013, had said, "It is not a hyperbole to state that he was one of the driving spirits behind the plan."

In October 2013, Yakub had applied for a presidential pardon following which a report from the state government was sought by the home ministry.

Yakub was arrested from Kathmandu airport in 1994. He was later described by the TADA court as the mastermind who played a key role in the conspiracy, thus "warranting death penalty".

The multiple blasts had claimed 257 lives and left 713 injured.

The Central Bureau of Investigation, which probed the blasts, alleged that the conspiracy was hatched by Dawood Ibrahim and other absconding persons, including Yakub's brother Tiger Memon, who is believed to be hiding in Pakistan.
Comments
Yakub MemonSupreme Court1993 Serial BlastsDeath RowMercy Plea