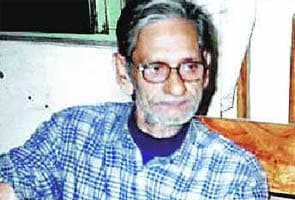 Sanyal, along with Binayak Sen, was convicted for sedition and sentenced to life imprisonment. Binayak Sen had already been granted bail

Quoting Binayak Sen's bail, Sanyal's lawyer too asked the court to grant bail to his client. The Chhattisgarh government, however, opposed it.

But the top court granted bail to Sanyal.