Sundarlal Bahuguna turned the Chipko Movement into a mass agitation, appealing to the then Prime Minister Indira Gandhi. 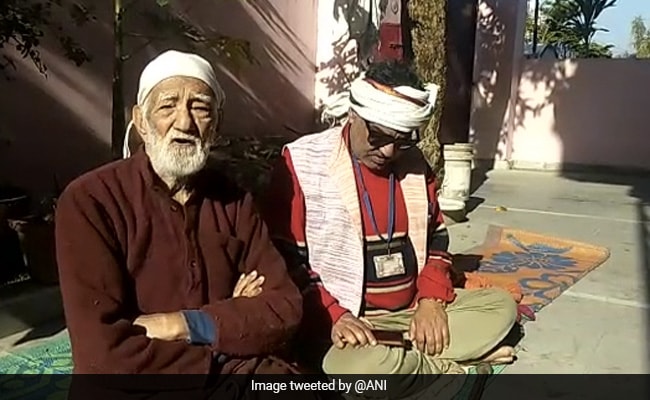 Sundarlal Bahuguna, Chipko Movement founder, was hospitalised with Covid on May 8.

Environmental activist Sundarlal Bahuguna, a pioneer of the Chipko Movement against deforestation in the 1970s, died in Uttarakhand this afternoon. He was 94 years old.

His death was declared by the All India Institute of Medical Sciences (AIIMS) Rishikesh where he was admitted for Covid treatment, ANI reported. Mr Bahuguna died at 12.05 pm AIIMS Rishikesh Director Ravikant said.

One of India's best-known environmentalists, was admitted to the hospital on May 8 after testing positive for Covid. His condition turned critical last night, with his oxygen level dropping drastically. He was on CPAP therapy in the hospital's ICU.

Passing away of Shri Sunderlal Bahuguna Ji is a monumental loss for our nation. He manifested our centuries old ethos of living in harmony with nature. His simplicity and spirit of compassion will never be forgotten. My thoughts are with his family and many admirers. Om Shanti.

Uttarakhand Chief Minister Tirath Singh Rawat expressed sadness saying it was Mr Bahuguna who turned the Chipko movement into one of the masses.

Chipko means "to hug". During the 1970s, when reckless cutting of trees began affecting people's livelihoods, villagers in Uttarakhand's Chamoli began to protest. The tipping point came when the government, in January 1974, announced the auction of 2,500 trees, overlooking the Alakananda river.

When the lumberjacks arrived, a girl who saw them and informed the village heads. Women in large groups came out and stopped the lumbermen by hugging the trees, signifying an embrace, despite being threatened. Three local women, Gaura Devi, Sudesha Devi, and Bachni Devi, championed the cause.

Mr Bahuguna gave a direction to the movement and his appeal to then Prime Minister Indira Gandhi resulted in a 15-year ban on chopping of green trees in 1980.

Later on, he used Gandhian methods like satyagraha and hunger strikes to protest the building of the Tehri dam in Uttarakhand on the Bhagirathi river.