Sunderbans Villagers To Farm Fish In Ponds, Stay Away From Tiger Habitat

As options are limited in the Sunderbans, fishermen often anchor their boats on the banks and enter the jungle to collect wood. Many of them are mauled to death by tigers 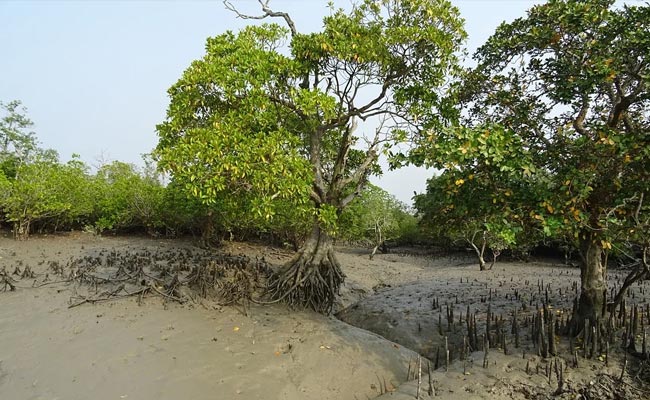 The West Bengal Forest Department on Monday distributed fingerling fish to villagers in Sunderbans in South 24 Parganas district to dissuade them from going into creeks, adjacent to the core forest area, to catch shrimps, crabs and collect firewood.

Chief Wildlife Warden VK Yadav said hundreds of fingerlings were given to villagers in remote areas for raising fish in ponds so that they do not negotiate the creeks crisscrossing the forest and fall prey to tigers.

It takes about 7 to 10 days for the spawn to grow up to "fry stage". Then they grow up to 10-15 cm size or roughly equal to the size of a finger, hence they are known as fingerlings.

"We are organising such programmes in collaboration with World Wildlife Fund (WWF). We will cover 26 joint forest management committees (JFMC) who will dig 20 ponds in each village," Mr Yadav said.

Mostly rohu fingerlings will be grown by a group of villagers, associated with a particular pond, and sold in markets. Fishermen were also provided with small ovens fitted with LPG cylinders to stop them from collecting firewood from the reserve forest.

As options are limited in the Sunderbans - the world's largest mangrove forest intersected by rivulets and creeks - fishermen often anchor their boats on the banks and enter the jungle to collect wood. Many of them are mauled to death by tigers.

As many as 100 LPG-run ovens were supplied to the fishermen and another 500 would be covered under the scheme in the coming days, he said.

State Forest Minister Rajib Banerjee, who was present at the programme at Kumirmari village, said the government wanted to ensure zero-casualty in tiger attacks by providing means of livelihood so that fishermen need not go to forests.