Renowned sand artist Sudarsan Pattnaik received a request for help on Twitter, from a man trying to help his friend abroad get in touch with his family. 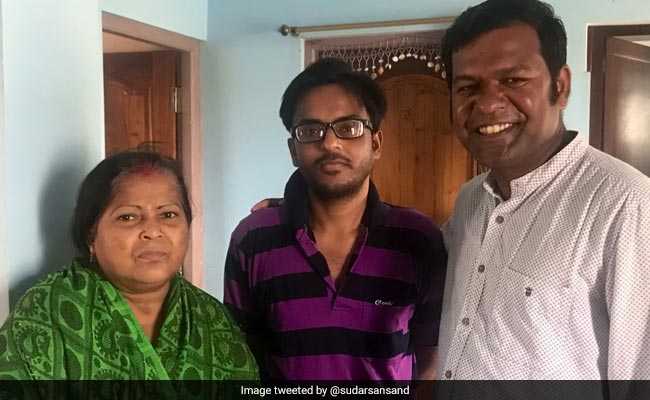 As Cyclone Fani left a trail of devastation in Odisha, renowned sand artist from the state Sudarsan Pattnaik received a request for help. A Twitter user wrote to him on behalf of a worried friend in Brazil, who had not been able to get in touch with his family since the cyclone struck, asking him to enquire about their well-being.

"Sir, one of my friends from Puri stays in Brazil. He has not talked to his family since the cyclone. Can you just enquire and let me know through Twitter?" a user named Rabinarayan Sawin wrote, tagging Sudarsan Pattnaik.

@sudarsansand hi sir..One of my friend stays in Brazil who is from Puri..His Father Name is Dhirendra Kumar Das..panda bagicha..saikat vihar..jagannath lane sidhamahavir patna..he has not talked to them since cyclone..Can you just enquire and let me know through twitter..

Moved by the request, the artist not only found out about the family but also posted a picture with them on Twitter to reassure the person who made the request. "It took more than two hours for me to find out their home in Puri. They all are safe and doing well after the cyclone. Here is the photo of your friend's family with me," he tweeted along with a picture of the family.

It took more than two hours for me to find out their home in #Puri. They all are safe and doing good after #CycloneFani . Here is the photo of your friend's family with me. https://t.co/LYoGiE3eJDpic.twitter.com/8FFQ7NLixX

Soon after, the man acknowledged his gesture on Twitter. "Thanks sir for your help. Puri and all Odia people are proud of this gesture. God bless people like you. Noble souls still exist," he wrote.

In Odisha, 41 people have died since Cyclone Fani made landfall last week. Over 1 million people were evacuated and 5,000 temporary shelters were set up. Hundreds were left struggling with power cuts and water shortage.

Prime Minister Narendra Modi conducted an aerial survey to review the damage caused. He also praised Chief Minister Naveen Patnaik for his "excellent planning" in the face of disaster.