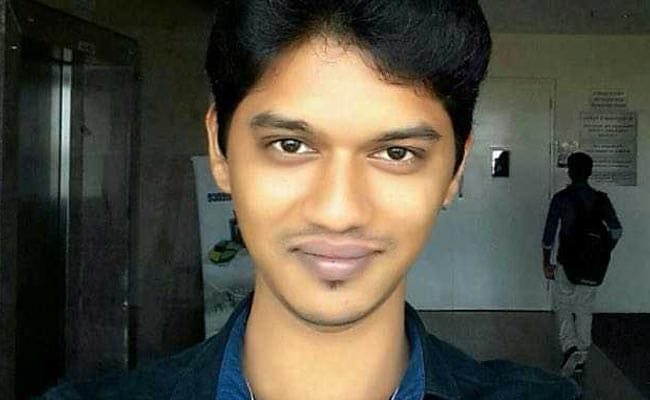 A tourist from Chennai, R Thirumani, was killed in stone-throwing incident in Kashmir

Srinagar: On Monday, a family from Tamil Nadu was excited about visiting the resort town of Gulmarg in Jammu and Kashmir. A young man and his parents were on the car that had just begun its journey from Srinagar to Gulmarg when stone-throwing protesters struck, just outside the Jammu and Kashmir capital.

Around 11 am, when the bus was at the Narbal area, the protesters hurled stones at vehicles moving on the road. One of the rocks hit 22 year-old R Thirumani.

"He suffered a head injury and was immediately taken to a Srinagar hospital. His condition deteriorated and he died in the evening," said a police officer.

Three persons have been detained for questioning after the tragedy. This is the first ever death of a tourist in stone-throwing in Kashmir.

The young man's shattered parents are flying back home with his body this afternoon.

"It's truly heartbreaking when a family saves for years to realise their dream of visiting Kashmir and while they are here, they face their worst nightmare. I have no words strong enough to condemn this tragic incident or even begin to condole the family," tweeted Chief Minister Mehbooba Mufti, who met with Thirumani's parents last evening.

The police in Kashmir calls it a "stray incident" and says it is "not humanly possible to cover every lane".

The Jammu and Kashmir police chief, Shesh Paul Vaid, said: "It is very unfortunate. This is the last thing we wanted Kashmir to see. People of Kashmir are known as good hosts. I request the civil society and all elders to identify such people and hand them over to police."

The tourist's death has provoked grief and anger. Leaders across political divide strongly condemned the incident and demanded punishment to hooligans behind the incident.

Condemning the incident in a series of tweets, Omar Abdullah, the former chief minister of Jammu and Kashmir, wrote: "We've killed a tourist by throwing stones at the vehicle he was travelling in. Let's try and wrap our heads around the fact that we stoned a tourist, a guest, to death while we glorify these stone pelters & their methods."

Promoted
Listen to the latest songs, only on JioSaavn.com
Senior separatist leader Mirwaiz Umar Farooq termed it an act of hooliganism.

"Deeply saddened by the news of death of a tourist due to stone pelting. Condemn such hooliganism and rowdiness. It is totally against our ethos of treating tourists as respected guests and brings a bad name to the peoples movement" tweeted Mirwaiz.