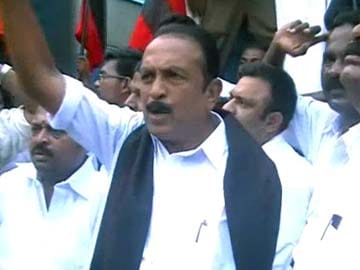 Chennai: Almost a month after outrage over its "Hindi-only" order, the ruling BJP today faced anger from its Tamil Nadu ally Vaiko over the celebration of "Sanskrit week" in schools run by the Central Board of Secondary Education, or CBSE.

Vaiko, the chief of MDMK, has accused the Centre is "trying to dominate over other languages" through Sanskrit. "Thrusting a single group's language is mischievous and dangerous. Tamil Nadu will never permit this," he said, demanding that the circular be withdrawn.

This comes after a massive row over a central government order asking its officers to use Hindi in all official communication and posts on social media.

The order was slammed as "offensive and insensitive" by all Tamil Nadu parties, including the BJP's allies MDMK and PMK, and Chief Minister Jayalalithaa.

The outrage forced the government to clarify that its order was only for Hindi speaking states.

Ms Jayalalithaa, whose party is the third largest in Parliament, wrote to the PM stating that Hindi updates by the government on social media would exclude huge swathes of people in states like hers. PMK chief Ramadoss described the diktat as "an unacceptable imposition of Hindi".

In the 60s, Tamil Nadu saw violent protests against a move to make Hindi the country's sole official language. The issue remains an emotive one in the state.