Environment Minister Prakash Javadekar has said the EIA 2020 is only a draft and not a final notification and the ministry has received thousands of suggestions from the public which will be considered before a final draft. 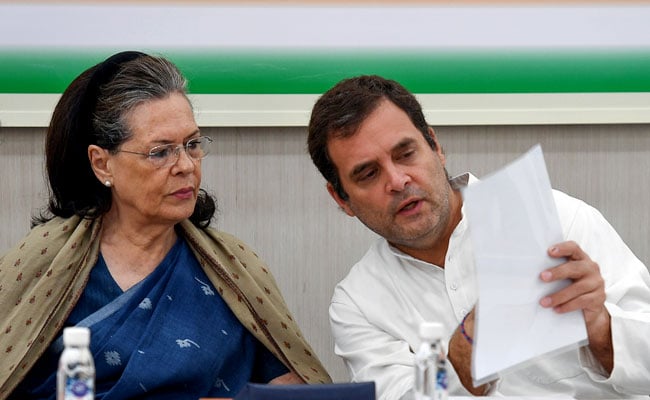 The draft environment impact assessment (EIA) notification, 2020, which involves the procedure of issuing environmental clearances to various projects, was issued by the Environment Ministry in March this year and has received thousands of suggestions from the public.

Environment Minister Prakash Javadekar has said the EIA 2020 is only a draft and not a final notification and the ministry has received thousands of suggestions from the public which will be considered before a final draft.

In an article, Congress president Sonia Gandhi has said that the government has a social obligation to protect the environment and must withdraw the EIA.

"Simply put, the government must stop dismantling India's environmental regulations. An essential first step is to withdraw the Draft EIA 2020 Notification. What is essential is widespread public consultation to shape a national agenda that will place India at the forefront of the battle against global warming and pandemics," she said in the article.

Noting that the origins and spread of the global novel coronavirus pandemic and its catastrophic impact are a warning to the entire world, Sonia Gandhi said the protection of the environment must go hand in hand with promoting public health and access to dignified livelihoods for all.

She said India, with its rich biodiversity and widespread inequality, must especially pay heed now.

"Our nation has all too often sacrificed the environment and the rights of our people while chasing the chimera of unbridled economic growth," she said.

"Of course, progress requires trade-offs, but there must always be boundaries that cannot be transgressed," she said, alleging that the government has eroded our environmental protection framework in the last six years.

"The pandemic should have made the government reflect and reconsider its environmental and public health governance. Instead, the Ministry is handing out clearances during the lockdown without proper public consultations. The announcement of coal auctions by the Prime Minister in previously declared ''no go'' areas, signals that the government is in no mood to course-correct," she said.

"The disastrous Draft Environmental Impact Assessment (EIA), 2020 Notification, which among other provisions, gives a clean chit to polluters violating environmental regulations through ex-post facto approvals, will unleash unprecedented devastation on our environment," she maintained.

"We have an incredible opportunity to reset our economy and demonstrate leadership to the world with a growth strategy that transforms India into a green manufacturing hub," she said, adding that the erstwhile Planning Commission''s expert group report on low carbon growth strategy and the many suggestions in the 2019 Congress Manifesto can be a starting point.

The Congress chief also alleged that the government has sought to project an image of ''Ease of Doing Business'' to the world, mindless of the consequences.

"It formed multiple committees, diluted laws and regulations across the board, and opened up vast tracts of forest land to a select few in the private sector," she alleged.

She also suggested that in times of mass reverse migration, environment protection through public works programmes including afforestation and watershed development, can be turned into a grass-roots movement involving youth, women, communities, gram sabhas and non-governmental organisations.

Rahul Gandhi on Sunday urged people to protest the EIA 2020 draft, saying it was "dangerous" and if notified, the long term consequences will be "catastrophic".

Mr Javadekar has brushed aside Congress leaders'' criticism and termed it as "premature". He also accused protesting Congress leaders of taking big decisions without consultations during their regime.