Police officials were not available for comments, though Congress MLA Shakil Ahmed Khan, who has been accompanying Kanhaiya Kumar since the beginning of the tour, confirmed the incident. 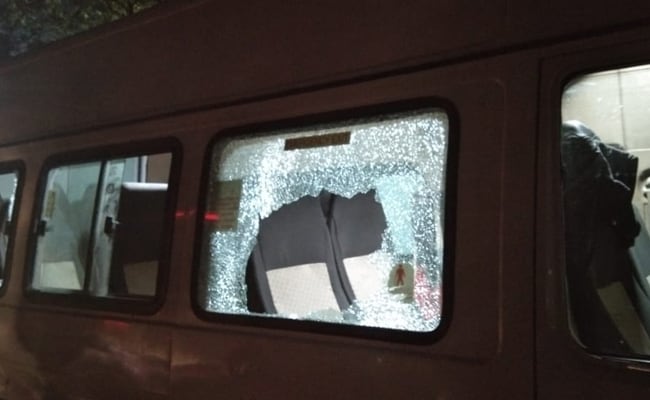 Stones were thrown at the convoy of Kanhaiya Kumar when he was on his way to address a rally. (FILE)

Stones were thrown at the convoy of Kanhaiya Kumar when the Left leader was on his way to address a rally against the CAA in Bihar's Madhepura district on Thursday, which was second such incident in less than 24 hours.

The Communist Party of India, which had fielded the former JNU student leader against BJP firebrand Giriraj Singh in Lok Sabha polls last year, issued a statement here condemning the incident and warned of an agitation if preventive steps were not taken.

"We strongly condemn the attack on Kanhaiya Kumar's convoy in Madhepura. Yesterday, a similar attack took place in Supaul which left vehicles damaged and a number of people injured. These attacks are being engineered by supporters of the Sangh Parivar and the BJP," CPI state secretary Satya Narayan Singh said in the statement.

"If the government does not ask its police to be diligent and provide adequate security, we will be compelled to launch an agitation," he added.

Kanhaiya Kumar is on a state-wide ''Jan Gan Man Yatra'' which was launched on January 30, coinciding with the death anniversary of Mahatma Gandhi, under the banner of ''Joint Forum Against NPR/NRC/CAA''. The campaign is scheduled to conclude with a rally in Patna on February 29.

Police officials were not available for comments, though Congress MLA Shakil Ahmed Khan, who has been accompanying Kanhaiya Kumar since the beginning of the tour, confirmed the incident.

"A couple of stones hit vehicles in our convoy while we were approaching the venue in Madhepura after a successful rally at Saharsa earlier in the day. We chose not to stop, even as a couple of window panes were shattered but there was no injury to anybody," Khan said.

"Moreover, it appeared that the attackers had used slingshots and fled after hitting their intended target. We are saddened by the incident, which is indicative of the vitriol that has pervaded the atmosphere. After reaching the Madhepura venue, we informed the police. We must take it all on the chin and brace ourselves for tomorrow''s programs," he added.

The former JNU students' union president, who was slapped with a sedition case in the national capital four years ago, sought to strike a chord with the crowd at Madhepura by beginning his speech with tributes to Ramesh Ranjan, a CRPF personnel hailing from Bhojpur district in Bihar, who died fighting militants near Srinagar.

At Saharsa, the Left leader took potshots at Union Home Minister Amit Shah and urged supporters of the BJP to understand that CAA-NPR-NRC was "part of a game plan which is all about engaging you in sectarian squabbles while the son of ''mota bhai'' enjoys a stint as the BCCI secretary".