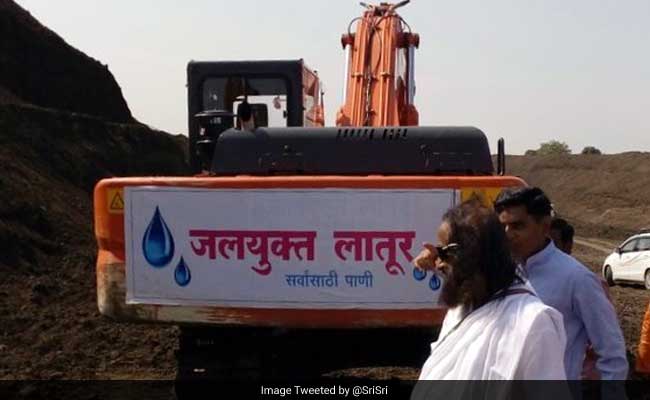 Sri Sri Ravi Shankar said that he has refused the Nobel Peace Prize when he was in Latur over the weekend.

Mumbai: Spiritual leader Sri Sri Ravi Shankar was top of the Twitter charts on Monday for stating that he had rejected the Nobel Peace Prize and criticising its conferral upon Pakistani Malala Yousafzai, who was shot in the head by the Taliban on her way to school.

"That girl got the prize for nothing," the 59-year-old said, adding that "the prize is a political one and has no meaning".  (Scroll down for video.)

Sri Sri, as he is known, made those remarks in Latur over the weekend while he was on visit to the drought-ravaged region of Maharashtra.

His Art of Living Foundation is working to help farmers in the area with irrigation projects.

Last month, Sri Sri said that he had offered to initiate peace talks with terror group ISIS, but they responded by sending him a photograph of a beheaded man. "I think the ISIS does not want any peace talks. Hence, they should be dealt with militarily," he summarised.

Earlier this year, a massive festival dedicated by him to promoting world peace on the banks of the river Yamuna in Delhi was hauled up by the country's top environmental court for jeopardizing the already-fragile ecosystem, but the event was allowed to proceed with lakhs of attendees from all over the world.

Multi-Vehicle Pile-Up On Peripheral Expressway Due To Fog