Indian agencies were also believed to have been helping the Sri Lankan investigators in cracking the case, another official said. 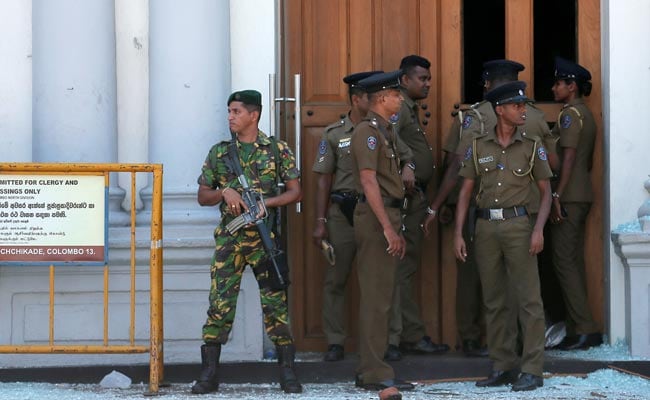 Security was stepped up in cruches and other religious places in Sri Lanka.

Security in southern states, particularly in churches and other religious places, has been strengthened following the terrorists attack in Sri Lanka which has left 290 people dead, including eight Indians, and over 500 injured, officials said on Monday.

Security has also been stepped up in sensitive locations in major cities like Delhi, Mumbai, Chennai, Bengaluru, and Goa, which is a major tourist destination, as a precautionary measure.

Additional security arrangements in churches and other major religious sites in Tamil Nadu, Karnataka, Kerala, Andhra Pradesh and Telangana have been made in the wake of the multiple blasts in Sri Lanka on Sunday, a security official said.

Indian agencies were also believed to have been helping the Sri Lankan investigators in cracking the case, another official said.

Officials were, however, tight-lipped about reports which suggested that an Indian intelligence agency gave Sri Lankan authorities advance intimation about the possible terror attack.

Seven suicide bombers believed to be members of an Islamist extremist group carried out the devastating blasts that tore through churches and luxury hotels in Sri Lanka on Easter Sunday, killing 290 people and wounding 500 others in the country''s worst terror attack.

A state of emergency was declared from midnight Monday after a crucial meeting of the National Security Council chaired by President Maithripala Sirisena.

No group had claimed responsibility for Sunday's attacks, but police have so far arrested 24 people - mostly members of a same group - in connection with the blasts.

Nepal Halts School Book With Map Showing Indian Territories As Their Own: Report