Bengali Actor Soumitra Chatterjee To Be Discharged From Hospital Today

A team of doctors who supervised his treatment told the media today that the 84-year-old made a good recovery. In fact, he was moved from ICU to a general ward in three days. 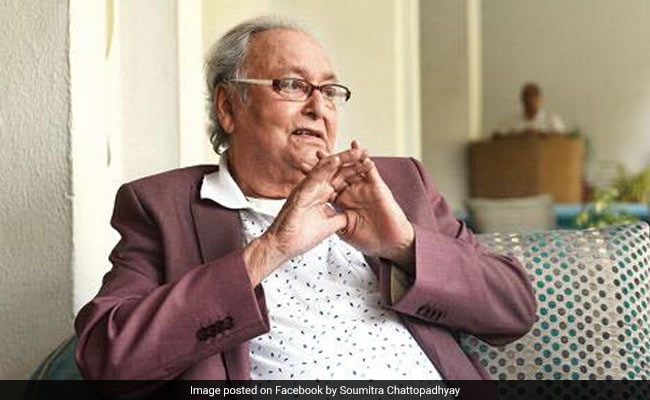 Veteran actor Soumitra Chatterjee is heading home today after spending a week in a Kolkata hospital, where he was admitted with pneumonia and multiple-organ dysfunction.

A team of doctors who supervised his treatment told the media today that the 84-year-old made a good recovery. In fact, he was moved from the intensive care unit (ICU) to a general ward in three days.

"He was critical when he arrived at the hospital with community-acquired pneumonia in the background of COPD," said Dr Arindam Mukherjee of Ruby Hospital.

"We initially thought he may need to be put on a ventilator but he eventually did not need any intervention," he added.

Mr Chatterjee has been advised to come back from a check-up after two weeks.

"He takes an influenza vaccine each year. He will need to use some inhalers. He is a legend but age is a factor that has to be kept in mind," said Dr Sunil Banerjee, also a friend of the actor.

Soumitra Chatterjee is an iconic actor with laurels from across the world including France's Legion of Honour and India's Dadasaheb Phalke Award and Padma Bhushan.

He began acting in 1959. His first film, 'Apur Sansar', was directed by Oscar-winning filmmaker Satyajit Ray. He has worked in 99 films so far. He simultaneously acts in theatre and is a renowned reciter of poems.