Soon A Railway Station Inside Tunnel, Near India-China Border In Himachal

The Keylong station in Himachal Pradesh will be the first on the railway network to be inside a tunnel. 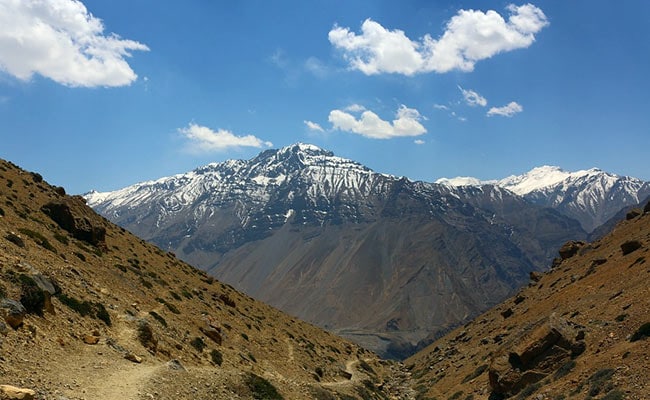 The final location survey is expected to be completed within two and a half years. (File)

For the first time in India, a railway station will be built inside a tunnel at a height of 3,000 metres, on the strategic Bilaspur-Manali-Leh line close to the India-China border. While many metro stations in Delhi and other cities are inside tunnels, once completed, the Keylong station in Himachal Pradesh will be the first on the railway network to be inside a tunnel.

Keylong is the administrative centre of Lahaul and Spiti district, 26 km north of Manali and 120 km from the Indo-Tibetan border.

"The Keylong station, in the project, will be inside the tunnel according to the first phase of the location survey. This will be the first such railway station in the country. As and when the final surveys are completed, there could be many such stations on the route," D R Gupta, chief engineer construction, Northern Railway, told news agency PTI.

.The line once completed will connect all important locations between Bilaspur and Leh like Sundernagar, Mandi, Manali, Keylong, Koksar, Darcha, Upshi and Karu and other towns of Himachal Pradesh and Jammu and Kashmir. It is important because of its proximity to the Sino-India border and can facilitate in movement of goods and personnel to the frontier areas. Railways is considering to declare it a national project.

"We have suggested that the project be declared a national project as once completed it will help our armed forces, as well as boost tourism and lead to the development of the region," said General Manager, Northern Railway, Vishesh Chaube.

The advantage of a project being declared a national project is that a major chunk of the funding for the project is borne by the central government.

The project will include 74 tunnels, 124 major bridges and 396 minor bridges, according to the first phase of the survey.

Once finished, the line will halve the duration taken to cover the distance between Delhi and Leh, from 40 hours to 20 hours," said Vishwesh Chaube, general manager, Northern Railway.

The final location survey is expected to be completed in 30 months, after which a detailed project report will be finalised.