"Somebody Left Their Identity": Photo Of Gutkha Stain Inside Plane Viral

A picture has been shared from inside of an airplane which shows gutkha stain below one of the windows of the plane. 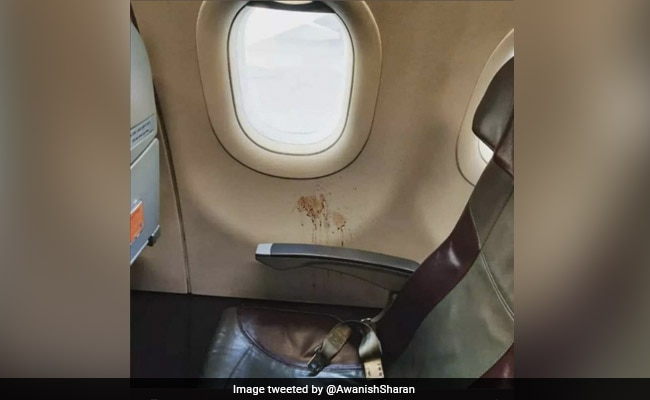 The central government runs several programmes to promote cleanliness and hygiene. But there are people in India who do not take the issue seriously.

You probably have seen gutkha and betel nut stains in public places and around several famous monuments. But there are places where people do not expect such a thing - like an aircraft.

Awanish Sharan, an IAS officer of Chhattisgarh cadre, has shared a picture from inside of an airplane which shows gutkha stain below one of the windows of the plane.  The picture was shared on Twitter on Wednesday.

“Somebody left their identity,” he said in the tweet which shows a large speck of gutkha under the plane's window seat.

This viral picture has left the internet disgusted.

“Our country's #idproof,” wrote a user. “Disgusting,” wrote another.

The post has received more than 16,000 likes. Some Twitter users wrote about advertisements of tobacco consumption by superstars.

Studies show that tobacco consumption is harmful to one's health. Several companies carry information about the harmful effects of tobacco products as per the order of the government, and also has been widely circulated at movie theatres before to the commencement of films.