Some Lok Sabha Members in Favour of Compulsory Voting 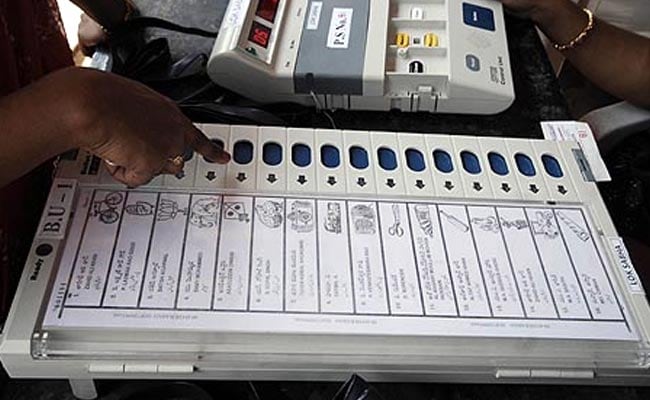 New Delhi: Several members in the Lok Sabha today pitched for making voting compulsory, saying that such a move would help curb corruption and instances of electorate being influenced through illegal means during elections.

The views were expressed during a discussion on a private member's bill on compulsory voting.

Noting that many people are not exercising their voting rights, BJP's Harish Dwivedi said exercise of franchise should be made compulsory in the country as it would ensure that good people are elected.

Making voting compulsory would also help curb illegal activities used to influence the electorate during elections, he added in the House whose proceedings are being boycotted by Congress and several other opposition parties.

Chandra Prakash Joshi (BJP) supported the bill and said compulsory voting should be strictly implemented as it will help in bringing good politicians and eliminate corruption.

Konda Vishweshwar Reddy (TRS), said several countries have made voting compulsory and India too should do that.

"Few are saying that it will restrict freedom of people. How does it restrict?... Some people raise the issue of accessibility of voting booths. Now it is no longer a problem. Now voting is accessible in very nook and corner of the country. It is now a timer to re-think," he said.

BJP's Ramesh Chander Kaushik said whichever government comes to power should have the full mandate of the people and in this regard compulsory voting is important.

He suggested that various benefits provided by the government should be extended only to those who vote.

"Compulsory voting can change the system. If we will link it to Aadhar number, a person can vote from any part of the country. A committee should discuss the issue," he added.

Sumedhanand Saraswati (BJP) said compulsory voting is important as it would help in protecting the democracy.

"In schools and colleges, we need to tell students about the importance of democracy. There is a need to seriously ponder over the compulsory voting issue," he said.

Mukesh Rajput (BJP) said officials, who are in charge of booth where highest number of votes are polled, should be honoured.

"Every person should understand the power of a vote... people should be compelled for voting," he added.

Ajay Mishra (BJP) said people should be sensitised to vote during elections.

Taking a dig at the Congress, he said the party was obstructing the work of Lok Sabha. He said the Congress rule of past many years has resulted in adverse fallout for the country.

As the discussion was progressing, expelled RJD member Pappu Yadav alias Rajesh Ranjan suddenly rushed to the Well of the House demanding an opportunity to talk about atrocities meted out to women in Bihar.

This happened when Harish Dwivedi was speaking.

BJP's Hukmdev Narayan Yadav, who was in the Speaker's seat, requested him to go back saying that the issue could be raised later.

After standing in the Well for a few minutes, Rajesh Ranjan went back to his seat.

Mr Ranjan said that the existing social gap in the country should be closed before thinking of compulsory voting. Votes are purchased and are garnered in the name of religion and caste, he noted.