The marriage ceremonies of the two sons of Rajendra Raut, the Independent legislator from Barshi town in Solapur, were held at the premises of Laxmi Sopan Agriculture Produce Committee on Sunday. 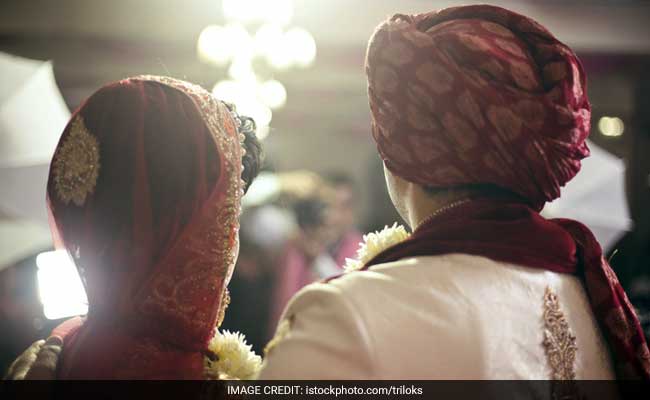 Only 50 people are currently allowed to attend a marriage function in the state. (Representational)

Police have registered a case against an "organiser" of the marriage functions of two sons of an MLA in Maharashtra's Solapur district for alleged violation of COVID-19 norms at the event, an official said on Tuesday.

The marriage ceremonies of the two sons of Rajendra Raut, the Independent legislator from Barshi town in Solapur, were held at the premises of Laxmi Sopan Agriculture Produce Committee on Sunday.

As per official guidelines, only 50 people are currently allowed to attend a marriage function in the state.

However, according to police, 2,500-3,000 people allegedly attended the event in Barshi on Sunday and many were seen without masks and violating the social distancing norms.

Maharashtra BJP president Chandrakant Patil and some other party leaders were also among the attendees.

A case has been registered against one Yogesh Pawar, whom the police described as the "organiser" of the event, under relevant provisions of the Indian Penal Code, the Disaster Management Act and the Epidemic Diseases Act.

As per the FIR, while granting permission to Mr Pawar for the event, it was informed that not more than 50 people will be allowed to attend the event and all attendees will wear masks and follow the social distancing norms.

Dinanath Katkar, a social activist from Barshi, expressed surprise over registration of the case against Mr Pawar, instead of parents of the brides and grooms.

Talking to PTI, Barshi city police station's senior inspector SD Girigosavi said Mr Pawar is one of the directors of the Laxmi Sopan Agriculture Produce Committee, on whose premises the event was held.

"Since he had applied for permission and was the organiser of the ceremony, we registered a case against him. However, we are also considering adding the names of parents of the grooms in the case after checking the legalities" he said.