The public interest litigation, filed by the Bombay Lawyers Association last week, termed as "illegal, arbitrary and malafide" the CBI's action of not challenging the December 30, 2014 order of a special CBI court in Mumbai discharging Mr Shah. 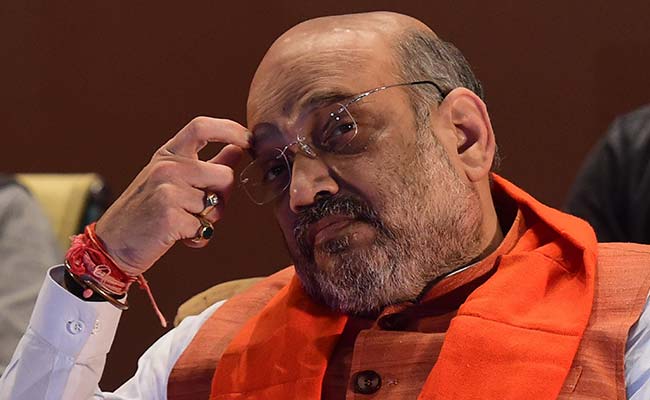 Mumbai: The CBI has said it will oppose the plea filed in the Bombay High Court against the agency's decision not to challenge a lower court order discharging BJP president Amit Shah in the Sohrabuddin Shaikh alleged fake encounter case.

The public interest litigation, filed by the Bombay Lawyers Association last week, termed as "illegal, arbitrary and malafide" the CBI's action of not challenging the December 30, 2014 order of a special CBI court in Mumbai discharging Mr Shah.

"We are opposing the petition. We also have an issue on the maintainability of the petition. The discharge order is of December 2014...there is an issue of limitations," CBI counsel Anil Singh said in the high court.

A division bench of Justices SC Dharmadhikari and Bharti Dangre have posted the petition for arguments on February 13 after the CBI counsel sought time.

Senior counsel Dushyant Dave, appearing for the petitioner, pointed to the bench that the plea has also sought records from the high court administrative committee on why the CBI judge, who was initially assigned to conduct trial in the case, was transferred.

The Supreme Court had earlier shifted the trial in the case from Gujarat to Mumbai, and said it should be conducted and concluded expeditiously, Mr Dave told the high court.

"The Supreme Court had said that the administrative committee of the high court would assign the case to a court where the trial may be concluded judiciously, in accordance with the law, and without any delay," said the petition.

"The Supreme Court had said that the administrative committee would also ensure that the trial should be conducted from beginning to end by the same officer," it said.

To this, Justice Dharmadhikari said, "We leave it to the petitioner but we feel the institution (High Court) should be kept out as far as possible. We request counsel Dave to take an appropriate decision on this."

The PIL has urged the high court to issue a direction to the CBI to file a revision application challenging the sessions court's order discharging Mr Shah. "The CBI is a premier investigating agency. It has the public duty to observe the rule of law in its action which it has miserably failed," the petition said.

"The petitioner has learnt that the CBI has challenged their discharge before the high court. This act of the CBI in challenging discharge of the accused persons on selective basis is arbitrary and unreasonable, rather malafide," it alleged.

Sohrabuddin Shaikh, who the Gujarat police claimed was also a terrorist, was killed in an alleged fake encounter by the Gujarat and Rajasthan police along with his wife Kauser Bi in November 2005.

Promoted
Listen to the latest songs, only on JioSaavn.com
The CBI took over the investigation of the case in February 2010 and filed its charge sheet in July the same year against 23 accused, including Amit Shah, who at that time was Minister of State for Home in Gujarat.

The trial court over a period of time discharged several accused in the case, including three IPS officers.