Sohail Mahmood To Replace Abdul Basit As Next Pakistan Envoy

Sohail Mahmood is Pakistan's current envoy to Turkey, he will replace Abdul Basit as Islamabad's representative in Delhi 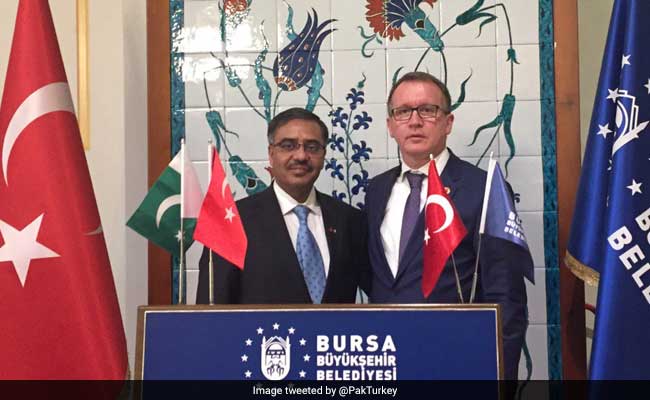 Sohail Mahmood, 55, is Pakistan's envoy to Turkey. He is expected to replace Abdul Basit by month-end.

New Delhi: Career diplomat Sohail Mahmood is set to replace Abdul Basit as Pakistan's next High Commissioner to India. Sources say he could take over by the end of this month. His visa application came in on Friday.

The change comes at a time when India and Pakistan relations have been soured by the recent murder and mutilation of two Indian soldiers - which comes on the heels of Kulbhushan Jadhav, the Indian man who has been sentenced to death by Pakistan on charges of spying.

Mr Basit was not elevated as Pakistan Foreign secretary - the post went to Tehmina Janjua. It was seen as an indication that Mr Basit, known to be hawkish on Jammu and Kashmir, was not someone whom Prime Minister Nawaz Sharif was keen to continue with. His next posting is likely to be the head of foreign service academy in Islamabad or High Commissioner to an European country.

Mr Basit's three-year tenure in New Delhi had started on a high note, with Prime Minister Narendra Modi accepting his Pakistani counterpart Nawaz Sharif's invitation to visit Lahore. But he failed to deliver as a go-between for India and Pakistan.

In August 2014, India called off foreign secretary-level talks after Mr Basit's meetings with Hurriyat leaders. The next year Mr Basit met separatist leader Syed Ali Shah Geelani. His plans for brokering a meeting between Sartaj Aziz, then National Security Advisor of Pakistan, and Hurriyat leaders led to the cancellation of NSA-level talks in August 2015.

Fifty-five-year-old Mr Mahmood -- known for his fluency in Turkish language -- is currently Pakistan's envoy to Turkey. He joined the foreign service in 1985, but had had no direct role in India-Pakistan relations. Pakistan's earlier envoys - including Mr Basit and his predecessors Salman Bashir - had no role in India either before taking over the job.
Comments
Sohail MahmoodAbdul BasitPakistan

"I Listen To Mrs Mukhyamantri": Uddhav Thackeray On Life In Coronavirus Lockdown