"The burqa ban was not the demand of Shiv Sena or Uddhav Thackeray. Saamana just published an analysis of the developments in Sri Lanka" Shiv Sena weekly Saamana said. 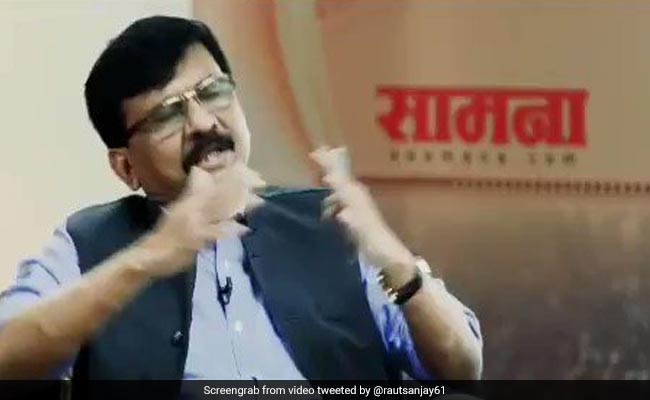 Shiv Sena leader Sanjay Raut has clarified that the demand for burqa ban made in an editorial in party mouthpiece Saamana was not that of the Sena or its chief Uddhav Thackeray.

In his weekly column published in Saamana's Sunday edition, Mr Raut, who is the Marathi daily's executive editor, said, "The burqa ban was not the demand of Shiv Sena or Uddhav Thackeray. Saamana just published an analysis of the developments in Sri Lanka."

A Saamana editorial on Wednesday asked Prime Minister Narendra Modi to follow Sri Lankan President Maithripala Sirisena's footsteps and ban burqas and other face-veils in India considering the "threat" they pose to the nation's security.

Sri Lanka's decision came in the wake of the Easter Sunday terror attacks that killed over 250 people.

As the editorial created a flutter and drew sharp reactions from various quarters, senior Sena leader and MLC Neelam Gorhe on Wednesday said it was not the official stand of the party, which is an ally of the BJP.

"It could be an individual's view...it is not the official stand of Shiv Sena," she said in a statement.

Hundreds of Muslim women on Friday protested against the Sena mouthpiece at Mumbra.

Most of the women, who were wearing burqas or veils, shouted slogans against Mr Raut, who is a Rajya Sabha member, and carried placards with the message ''Samvidhan Bachao, Desh Bachao'' (save the Constitution, save the country).

On Thursday, veteran lyricist Javed Akhtar said he was not averse to enacting a law banning the burqa if it was accompanied with a similar action against the ''ghunghat'' system prevalent among women in Rajasthan.

A Mumbai-based advocate on Saturday approached police and demanded action against Thackeray, Raut and others for allegedly hurting religious sentiments.

Santacruz police station's senior inspector Shriram Koregoankar said they have received an application from advocate Munsif Khan but no case was registered.