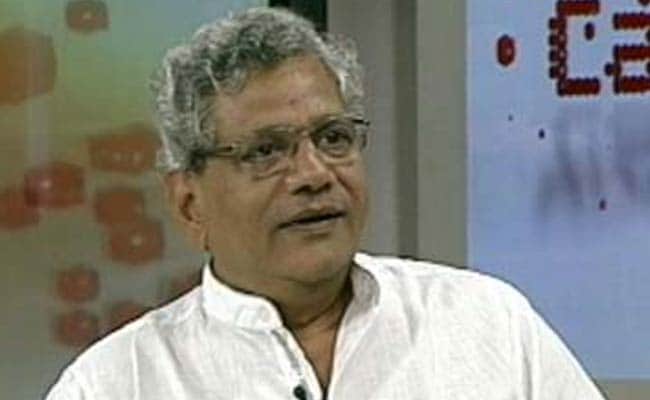 Hyderabad: Sitaram Yechury, who has been elected the new general secretary of the Communist Party of India-Marxist, has been the most prominent face of the party for decades.

Suave and soft-spoken, he has been associated with the Communist movement since his student days and now at the age of 62 faces the onerous task of rebuilding the party.

Popularly known as SRY among his supporters, Mr Yechury is a dynamic leader and is considered the young face of the leading communist party. He is also known for his skills in reaching out to people both within and outside the party.

A politician, economist, writer and columnist, Mr Yechury is known for his good communication skills and is seen by many in the party as someone who could strengthen the party, facing a crisis with a series of electoral reverses.

Born on August 12, 1952 in a Telugu family in then Madras, Mr Yechury did his schooling mostly in Andhra Pradesh. He stood first in the CBSE higher secondary examination. He graduated from St Stephen's College, Delhi in Economics (Hons) and did MA in economics from Jawaharlal Nehru University (JNU), Delhi. He discontinued his PhD due to his arrest during the Emergency.

Mr Yechury, whose father SS Yechury was an employee in the Road Transport Corporation, was influenced by the communist movement during his student days. He joined the Student Federation of India (SFI) in 1974.

The young leader was arrested for opposing internal emergency in 1975. He was later elected the president of JNU's students union.

In 1984, he was invited to the Central Committee of the CPI-M and the next year elected to the top decision making body of the party.

The communist leader has been playing a key role in rallying the opposition, which has a majority in the upper house.

Mr Yechury is the author of books like "Left Hand Drive", "What is this Hindu Rashtra", "Socialism in 21st Century", "Communalism vs Secularism" and "Ghrina Ki Rajniti" (Hindi).

Promoted
Listen to the latest songs, only on JioSaavn.com
Married to journalist Seema Chisti, Mr Yechury has a daughter and two sons from his first marriage.

A sports enthusiast, he was captain of the lawn tennis team in the university. Reading, writing and listening to music are his favourite hobbies.