Sister Abhaya Murder Case: On Tuesday, Father Thomas Kottoor and Sister Sephy were held guilty of guilty of murder and destruction of the evidence. 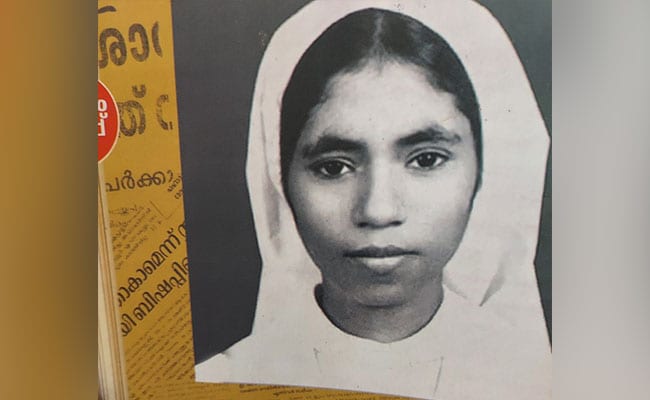 Sister Abhaya, 21, was murdered and her body was dumped inside the well of a convent in 1992.

A special CBI court in Kerala capital Thiruvananthapuram today sentenced to life imprisonment a Catholic priest and a nun for the murder of Sister Abhaya, 28 years after the crime. The sentencing came a day after the two were held guilty by the court. Sister Abhaya, 21, was murdered and her body was dumped inside the well of a convent in Kottayam in 1992.

A fine of Rs. five lakh each too was imposed on the priest and the nun. Separately, the two have also been sentenced to seven years in jail for destroying evidence.

On Tuesday, Father Thomas Kottoor and Sister Sephy were held guilty of guilty of murder and destruction of the evidence. The priest, who was a Vicar and taught Sister Abhaya psychology at Kottayam's BCM College, has also been convicted of house-trespassing.

He was also Secretary to the then Bishop. He later rose to be Chancellor of the Catholic Diocese in Kottayam.

Sister Sephy stayed in the same hostel as Sister Abhaya and was de facto in-charge of the hostel.

As per the CBI, Sister Abhaya was witness to intimate contacts between Kottoor, another Father, Jose Poothrikkayil, and Sephy on March 27, 1992 as she went from her hostel room to the kitchen at around 4.15 AM.

Between 4:15 AM and 5 AM, the accused allegedly hit Sister Abhaya with a blunt object and threw her body in to the well to cover-up the crime.

The accused, who were on bail, were taken into judicial custody on Tuesday after the mandatory COVID-19 testing.

The incident was initially labelled as "death by suicide" by police and Crime Branch officials. Amid protests and petitions, the case was transferred to the CBI.

Charges against another priest, Jose Poothrikkayil, were dismissed in 2018 for lack of evidence.

Human rights activist Jomon Puthenpurackal, the lone surviving member of the panel that fought to pursue justice in the murder case, said on Tuesday: "Sister Abhaya's case has finally got justice. She will rest in peace. This is a classic example of how no one should think that just because they have power - money and muscle power - they can de-rail justice."

While Sister Abhaya's parents died a few years ago, her brother Biju Thomas, who is currently abroad, said on Tuesday he was happy with the verdict. "I see God's intervention in the verdict," he told TV channels.