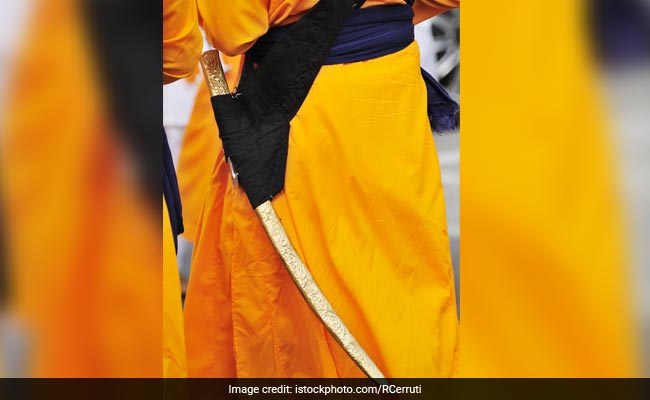 Sikh employees and passengers can carry kirpan at the airports. (File)

Subsequently, on March 12, the BCAS removed the ban.

Kirpan, a curved dagger, has to be worn next to the body in Sikh religion.

In the March 4 order, the BCAS said, "Kirpan may be carried only by a Sikh passenger, on his person, provided the length of the blade does not exceed six inches and the total length does not exceed nine inches".

Kirpan is allowed while travelling by air on Indian aircraft within India, it noted.

"This exception shall be for Sikh passengers only as stated above. And, no stakeholder or its employee at airport (including Sikh) and working in any terminal, domestic or international, shall be allowed to carry Kirpan on person," it added.

Therefore, on March 12, the BCAS issued a corrigendum to the March 4 order.

The corrigendum removed the paragraph that prohibited Sikh employees to bring kirpan at any airport.