Children Under 15 Not Allowed At Republic Day Parade Amid Pandemic

Republic Day parade: Under new protocol, all spectators will be seated according to social distancing rules and will wear mask at all times 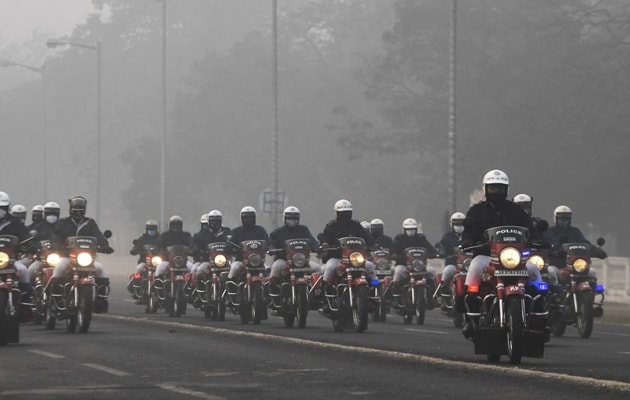 This year's Republic Day parade is going to be a bit different from the past due to the pandemic. The route will be shorter and contingents would be smaller. "The spectator strength has also been brought down from 1,15,000 to 25,000 and children below 15 years old will not be allowed entry. The number of cultural programmes has also been cut down," a senior officer who has direct knowledge of the matter told NDTV.

According to the officer, the parade will not culminate at the Red Fort. "It will start from Vijay Chowk and end at the National Stadium," he said, adding the distance of the parade has been cut down to half - from an earlier 8.2 km to 3.3 km.

The reduction in distance is the outcome of the decision to maintain social distance between troops.

Under new protocol, all spectators will be seated according to social distancing rules and will wear mask at all times.

The number of individuals in each contingent has been trimmed to 96 instead of 144. The size of the contingents has been reformulated to 12x8 in place of the usual 12x12 rows and columns.

Also, thermal screening would be done at all entry points to the parade venue. Eight isolation and resting booths have been set up for any attendee detected with symptoms of COVID-19 during entry. A doctor and a paramedic would be stationed in every booth.

Thorough sanitization of the route is being carried out regularly and anti-viral and bacterial coating are sprayed on dais where VIPs would sit.