Shopping Mall Employees Continue To Struggle For Survival Amid Lockdown4

Life is slowly limping back to normal with more shops reopening across the country but for those employed in shopping malls are still struggling for survival each day.

41-year-old Anu Singh works at a salon in one of Delhi's many shopping malls. In April, she only received half of her salary for March and has earned nothing since.

Her husband died in 2014 due to an illness. As the sole breadwinner of her family, she used to earn Rs 30,000. Before the contagion, every month she would pay Rs 9,000 for her 20-year-old daughter Arpita's college fees. Arpita is pursuing a degree in Business Administration.

But with the coronavirus pandemic snatching away her livelihood, she now plans to uproot her life of 20 years in Delhi and move back to her hometown Patna.

27-year-old Danish Khan, too, has not received any salary for the last 2 months. He used to earn Rs 15,000 at a kids' play-zone in a mall. As the only earning member, he took care of his wife, his 1-year-old daughter, 3 younger siblings and his mother. But now he is struggling to even pay his rent that sets him back by Rs 8,000 every month. 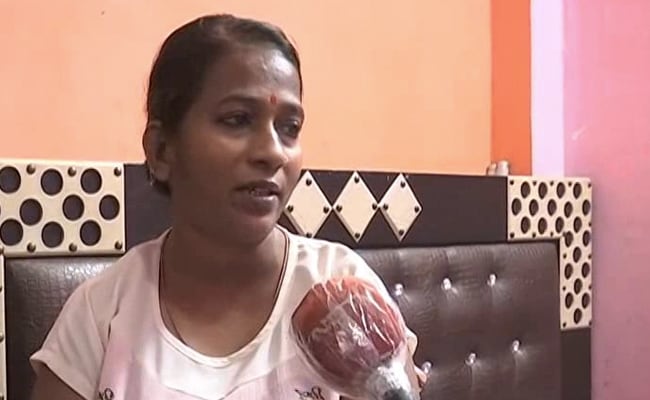 Anu Singh, who works at a salon in a shopping mall, hasn't received her salary in the last 2 months

Life is slowly limping back to normal as more shops are reopening in Delhi and across the country but for those whose livelihood depend on shopping malls are still struggling for survival each day.

"The ration seller, out of good faith, lets us buy our supplies on credit and keeps adding it to the tab. There is no money to pay for my daughter's education. We have been telling the college that we will pay when we have some money. We were supposed to pay the fees in instalments by May 15 but we don't have any money," Anu says.

"It is worrying to think about the future. Her studies will stop. A year will be wasted. We will have to go back to Patna. Patna will be better. Our relatives and family members, who earn from farming, will help us. There, people help each other," she says.

Danish Khan, who hasn't received any pay in the last 2 months, says he has loaned money from his relative to pay his rent.

"My aunt has loaned us Rs 5,000. I will try and manage the rent with that help. I want to appeal to the government to please open the malls. We will ensure social distancing. Otherwise give us some allowance money," he says.

Traders who have shops in various shopping malls in Delhi say that if malls are not reopened soon, a large number of people may lose their jobs.

Ajay Arora, President of Federation of Delhi Traders' Association said, "For each shop in a mall, the owner has to pay a monthly rent of at least Rs 1 lakh. The owners have anyway not been able to pay the salaries of their staff. If they continue to remain shut, the owners will not be able to pay the rent and the staff will lose their jobs."

The Delhi government in a proposal to Prime Minister Narendra Modi has suggested that shops in malls be allowed to open on an odd-even basis. But the Home Ministry's final guidelines said that they have to remain completely shut.

Many, like Anu and Danish, hope that new rules from May 31 will bring some relief.

Prime Minister Narendra Modi had announced the nationwide lockdown first in March and it has been extended thrice since. Lockdown4, announced on May 17, is expected to be lifted on May 31.

India has over 1 lakh cases of coronavirus in the country. Delhi has reported over 10,500 COVID-19 cases so far with at least 168 deaths.