SCO Summit: Ambassador to Uzbekistan, Manish Prabhat, said, "India is very clear that the SCO is not an organisation which is against any other bloc of countries or any other country." 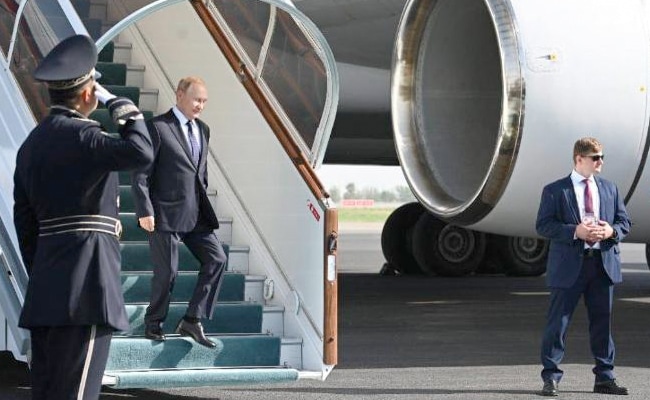 Leaders of 15 nations have started gathering in Samarkand, Uzbekistan for the Shanghai Cooperation Organisation (SCO) Summit. The most prominent among them have taken a more staunch anti-West stance since they last met in-person for the SCO summit in Bishkek in 2019. This includes Russia, China and the to-be latest entrant to the group, Iran.

Aware of this seemingly overarching narrative, the SCO national coordinator for Uzbekistan, Rahmatullah Nurimbetov, told NDTV, "I don't think this summit will send out any controversial message... Samarkand is the place where East and West meet... Our message from this summit will be broader cooperation in this challenging world."

India's ambassador to Uzbekistan, Manish Prabhat, also weighed in on this issue when asked a question during a meeting with journalists in Tashkent.

Ambassador Prabhat said, "India is very clear that the SCO is not an organisation which is against any other bloc of countries or any other country. The SCO is a venture for constructive cooperation and peace and stability in the world. There could be concerns of different countries on various kinds of issues, but the forum is there to talk about these issues."

Among the most shrill anti-West or anti-America voices currently is Russian President Vladimir Putin who is quite literally at war. Since the invasion of Ukraine, Russia has been facing tough Western sanctions. The latest to hit the country will be the Russian oil price cap that the G7 countries have decided to impose by year-end. Putin has cited the US attempts to expand NATO as one of the reasons for Russia's war against Ukraine.

Meanwhile, China has been sparring with the US over Taiwan. House speaker Nancy Pelosi's visit only added to the anti-US sentiment, with the Chinese foreign minister Wang Yi calling the visit "manic, irresponsible and irrational."

Iran, which will be the latest entrant to the SCO this year, is also facing US sanctions. Iran most recently said that the US must stop making baseless allegations if they want to see a restart of the Joint Comprehensive Plan of Action -- an agreement on the Iranian nuclear programme.

Belarus, an observer at the SCO who wants to be a full member, is also facing US sanctions for supporting Russia in the Ukraine invasion.

Also interesting is the role of Turkey, a NATO member and an invitee to this SCO summit. President Recep Erdogan has on two occasions in the past expressed interest in being a part of the SCO too.

The basis of the SCO was the Shanghai Five formed in 1996 with China, Kazakhstan, Kyrgyzstan, Russia, and Tajikistan. It then became the Shanghai Cooperation Organisation in 2001 with the addition of Uzbekistan. India and Pakistan were added in 2018, making this a grouping of eight members. This Eurasia grouping will be expanded to nine during the Samarkand summit, with Iran due to get full membership.