Former Pakistan captain Shahid Afridi was reminded by Twitter users of restive Balochistan and allegations of Pak atrocities in the province. 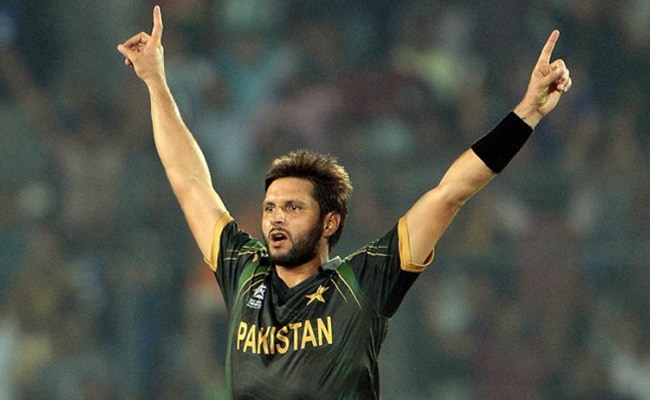 Shahid Afridi was clobbered in tweets not just within the cricket fraternity but also by others.

New Delhi: Pakistani cricketer Shahid Afridi has been lacerated on social media over a tweet on Kashmir, where he alleges there is an "appalling and worrisome situation" and urges UN intervention. This, on a day the US has taken action against a Pakistani outfit controlled by 26/11 mastermind Hafiz Saeed, who roams freely in Pakistan.

Shahid Afridi was clobbered in tweets not just within the cricket fraternity but also by others. The definitive last word came from a fellow cricketer, Gautam Gambhir.

Appalling and worrisome situation ongoing in the Indian Occupied Kashmir.Innocents being shot down by oppressive regime to clamp voice of self determination & independence. Wonder where is the @UN & other int bodies & why aren't they making efforts to stop this bloodshed?

Media called me for reaction on @SAfridiOfficial tweet on OUR Kashmir & @UN. What's there to say? Afridi is only looking for @UN which in his retarded dictionary means "UNDER NINTEEN" his age bracket. Media can relax, @SAfridiOfficial is celebrating a dismissal off a no- ball!!!

The former Pakistan captain was reminded by Twitter users of restive Balochistan and allegations of Pak atrocities in the province.

Others told him off in no uncertain terms about his use of the term "Indian Occupied Kashmir". One of these tweets was from Virat Kohli - not the Indian captain but a fake handle.

Just a Correction : it's a "Pakistan Occupying Kashmir" .. KASHMIR WAS, IS AND WILL BE A INTEGRAL PART OF INDIA 🇮🇳.

But later in the evening, Shahid Afridi tweeted again, talking about human rights of the people of Kashmir.

We respect all. And this is an example as sportsman. But when it comes to human rights we expect the same for our innocent Kashmiris. pic.twitter.com/DT5aF1wX8P

On Monday, the US designated the MML or Milli Muslim League, the political front of terror mastermind Hafiz Saeed's Jamaat-ud Dawa, as a foreign terrorist organisation. The MML is also an alias of the Lashkar-e-Taiba.