Shaheed Diwas: Since independence, I think martyrs have got recognition but not as much as they should have, said Rajguru's grand niece. 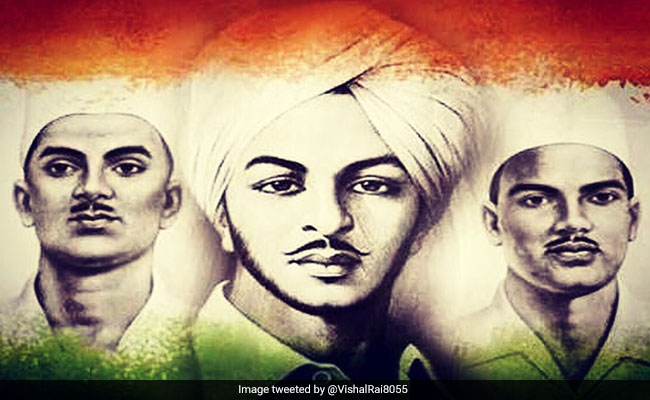 A small memorial of Rajguru in front of Maharashtra Mantralaya continues to be elusive for his family.

Paying tribute to them on Saturday, Ms Mahadeokar said, "They haven't sacrificed their lives for any personal gain, but for our nation. Since independence, I think they have got recognition but not as much as they should have."

Ms Mahadeokar said the next generation should realise and understand what these martyrs have done for the nation. "Maximum number of programmes will be organised to spread awareness," she said.

A small memorial of Rajguru in front of Maharashtra Mantralaya continues to be elusive for his family.

"Though the junction outside Maharashtra Mantralaya is named as Rajguru Chowk, there is nothing except a board indicating the way to Rajguru Chowk," she said.

It has been many years that the family is demanding for a bust of Rajguru to be placed with a small memorial of the martyr in front of the Mantralaya.

"However, the authorities have informed that they couldn't execute the plan due to security and other traffic-related issues," she said.