Masarat Alam, 49, is the second separatist leader after Yasin Malik to be brought to Delhi by the NIA in connection with the case. 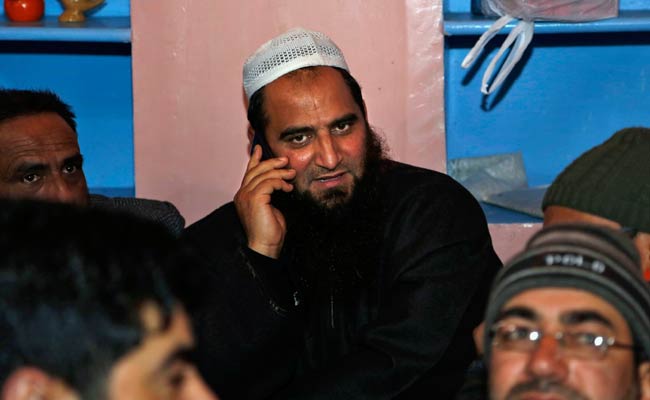 The National Investigation Agency has brought hardline separatist leader Masarat Alam from a Jammu and Kashmir prison to Delhi to question him in a terror funding case. Masarat Alam along with separatists Asiya Andrabi and Shabir Shah have been sent to 10-day custody by a Delhi court today. The three, according to NIA, are involved in a terror case involving Lashkar-e-Taiba chief Hafiz Saeed, the 2008 Mumbai terror attack mastermind.

Alam, 49, is the second separatist leader after Yasin Malik to be brought to Delhi by the NIA in connection with the case. He was lodged in Jammu's Central Jail for the last nine years. Alam was shifted to Tihar jail on Monday; Andrabi and Shah were already in prison in separate cases.

While Shah was in judicial custody in a decade-old money laundering case for alleged terror financing, Andrabi was in jail in a case of allegedly waging a war against the country and delivering hate speeches in Jammu and Kashmir. Shah was arrested by the Enforcement Directorate two years ago while Asiya Andrabi was arrested last year by the NIA.

Masarat Alam, the alleged ringleader of stone pelting in Jammu and Kashmir, ran an agitation in 2010. He was arrested in Srinagar after he organized and led a rally to receive Hurriyat Conference chairman Syed Ali Geelani. Pakistani flags were allegedly waved in the rally, following which a case was registered against him that led to his subsequent arrest.

The NIA had filed a charge sheet in 2018 against 12 persons, including Hafiz Saeed, another terror mastermind Syed Salahuddin and 10 Kashmiri separatists in a case of alleged terror funding and secessionist activities in the valley.

So far, the agency has arrested several separatist leaders, including Altaf Ahmad Shah. He is the son-in-law of Syed Ali Geelani, who advocates Jammu and Kashmir's merger with Pakistan.