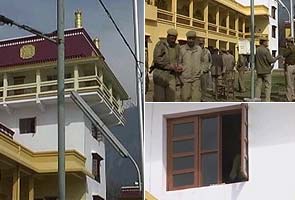 New Delhi: Ugin Thinley Dorjee, a revered Tibetan spiritual leader and the 17th karmapa, is likely to be questioned by Indian security agencies for operating as an agent of China in Himachal Pradesh.

The karmapa, who heads the second-largest Buddhist sect in Tibet, now 27 years old, escaped from China to India ten years ago. Indian officials now suspect that escape was staged.

The karmapa's followers often project him as a possible successor to the Dalai Lama, who does not directly endorse him.

The karmapa's accountant was arrested with 8.5 crores in cash at a monastery in Dharamshala. India believes that the Karmapa was planning to use this money to buy a five acre plot in Kangra to set up a new monastery that would be China-friendly, and would work on influencing others in the area to follow a similar bent.

Officials say this was the Karmapa's third attempt to buy land in Kangra.  Earlier attempts in 2007 and 2008 were stalled after the RBI and Enforcement Directorate got involved in studying the source of funds.

"I think all this happened mainly because people don't know the law. It is not like we are doing this because we want to break the law. Many people send large amounts of money to the Lama as a token of respect. If anybody is trying to talk of any conspiracy, it is totally unwarranted," said Penpa Tsering, President, Tibetan Parliament in exile.

Dharamshala has been home to the Tibetan community in exile, including the Dalai Lama, since 1960.
Comments
KarmapaThe KarmapaTibetan Karmapa