The meeting had come soon after an interaction between Sharad Pawar and Sonia Gandhi on Maharashtra's political situation. 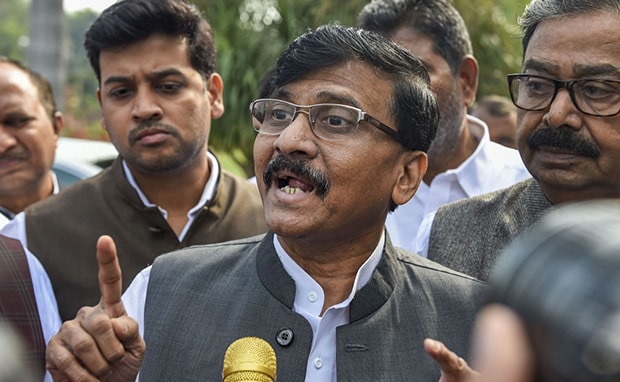 Hours after Nationalist Congress Party (NCP) chief Sharad Pawar met Congress president Sonia Gandhi on Monday, Shiv Sena leader Sanjay Raut called on him. Although Mr Raut did not let on much about the discussions, he expressed confidence that a Sena-led coalition would soon take power in Maharashtra, which has been under President's Rule for a week.

Mr Raut later told reporters that he had met Sharad Pawar to discuss agricultural problems, among other issues. "Sharad Pawar is a senior leader and a former Union Agriculture Minister. So I asked him to lead a delegation of leaders to meet the Prime Minister and apprise him of farmers' woes in the country," news agency PTI quoted him as saying.

He parried questions on the talks for government formation in Maharashtra, only saying that the state will soon get a "Sena-led government".

Sharad Pawar's meeting with Sonia Gandhi earlier in the day had lasted nearly 50 minutes. Addressing reporters later, the NCP chief said they discussed the Maharashtra political situation but not government formation or any common minimum agenda. "We have to sort out some more issues. We have not discussed forming an alliance with any party yet," he added.

Sharad Pawar also dismissed speculation that he had left the door open for a tie-up with the BJP, which won 105 seats in the Maharashtra polls but failed to establish a government with ally Sena. "There is no question of supporting the BJP. We are holding discussions with the Congress," said Mr Pawar, adding that the President's Rule imposed in the state last week had given them plenty of time to do so.

Sources indicated that while the Congress and the NCP have inched closer to establishing an alliance with the Shiv Sena, the need for more talks continues to remain their official stand. "Sharad Pawar briefed Sonia Gandhi on the situation in Maharashtra. It was decided that in a day or two, representatives from the NCP and Congress will meet in Delhi to discuss the way forward," said Congress spokesperson Randeep Surjewala.